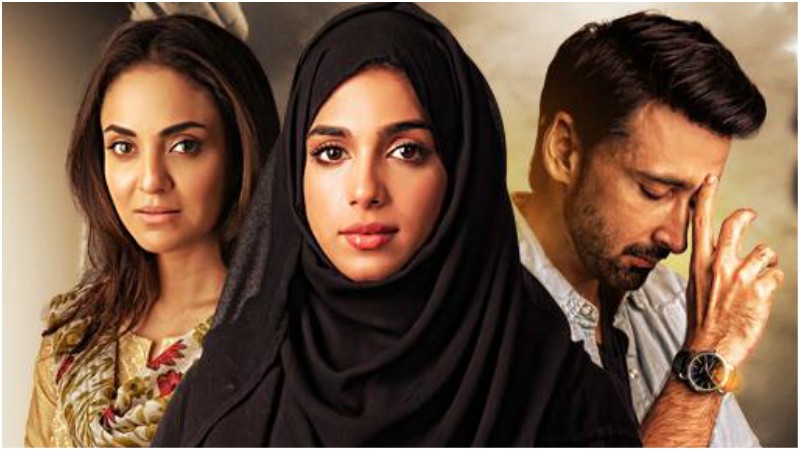 There isn’t any doubt that social media is beneficial if you use it right – but its slight misuse can turn anyone life into a hell.

In the present digital age, the world has shrunk into a global village and information travels the way faster than what we have ever imagined. In only takes minutes to spread any information all across the globe – internet, mobiles, tablets and other gadgets have made the process even easier for us.

While there are numerous advantages of the fastest transfer of data, it has cons too.

ARY Digital recently started drama serial, Aisi Hai Tanhai, presents one such story. It is an eye opener for us as it raises important questions about misuse of social media and its implications on individual’s life.

Written by Mohsin Ali and directed by Badar Mehmood, it is a comeback serial of Bandhan fame actress Nadia Khan.

The serial opened its account with an interesting two hours long episode, introducing characters and presenting the complexities of their lives. The plot primarily revolves around a middle aged widow and her two daughters, Kinza(Nadia Khan) and Pakeeza (Sonya Hussain).

Nadia Khan has done a decent job in a role of an elder daughter of the family. She hasn’t let a bad love experience ruin her life and as an obedient daughter openly accept an arranged marriage setup.

The younger daughter of the family, Pakeeza is in the last year of her university studies and is in deep love with her class mate, Hamza (Sami Khan). Her love life is going on a smooth path until Hamza asks her to prove her love with a weird demand. As a sensible modern age girl, she initially refuses to accept his demand but later she takes a step that turns her life upside down.

Sonya Hussain looks convincing portraying a young girl and it’s good to see her in another challenging role. As a university going lover, Sami Khan’s character has shades of different roles that he has played in the past – I really hope that with the story progression his character will also evolve.

The director has very intelligently shown that in life we sometimes take decisions in hassle – although we are totally aware of its pros and cons but certain situations force us to take initiatives that are unfavorable for us.

Pakeeza knows that Hamza has made a lame demand by asking her to share some objectionable pictures with him to prove her love – her conscious continuously refrain her from taking any such stupid step but she does it because she doesn’t want to lose him.

On the other hand, Hamza is not interested in any such pictures but he actually want to check the level of trust in their relationship.

There are couple of things that I don’t like about the drama serial – firstly just like most of our dramas, it also have a rigid mom as a central character. I just don’t understand that why our writers presents widow and mother of daughter as a vulnerable character – she is often shown as a weak character who is always under the fear that her daughters will do something wrong in their lives. Here too, Saba Hamid’s character has similar characteristic – her elder daughter, Kinza (Nadia Hussain) had some bad experience in life and now she is afraid that Pakeeza will also her follow steps and chooses a wrong life partner.

It will be better if Saba Hamid has been presented as a supportive mother and helps her daughters in every thin and thick of life.

Sadia Ghaffar as Pakeeza’s best friend plays an important role – so far she hasn’t taken any step to create hindrance in Pakeeza’s love story but it seems that she likes Hamza too and may manipulate situations to create further misunderstanding Hamza and Pakeeza.

Overall, the drama serial has made a good start and let see if its twists and turns will hold audience interest.