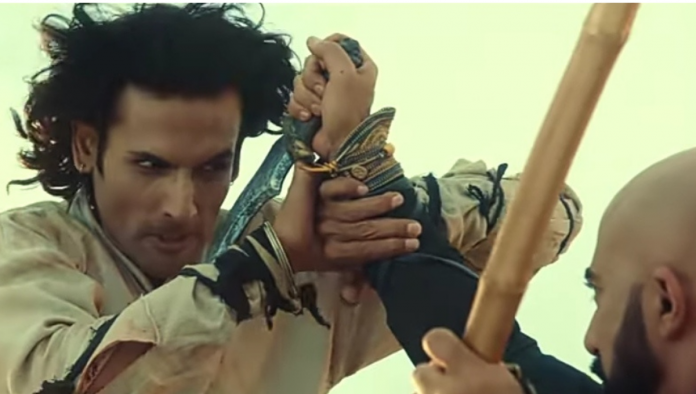 The action-filled teaser of Mohib Mirza’s much-awaited action-comedy flick, Ishrat Made in China has raised viewers’ expectations with its high octane action sequences and intriguing look.

The teaser opened with a brutally-hit man thrown in the water by some goons who later returned as a warrior to fight against injustice.

The one-minute-long video introduces us to the key characters  – Mohib Mirza as the main lead with a perfectly chiseled body, Sanam Saeed as a stunning female protagonist, HSY as a badass villain, and Shamoon Abbasi as the Chinese philosopher.

It promises to entertain the masses with all its ‘masala content’ including breathtaking action sequences,  heavy bikes, a gorgeous heroine dancing in a colorful foreign location, an evil-doer, and a saint helping the hero take revenge.