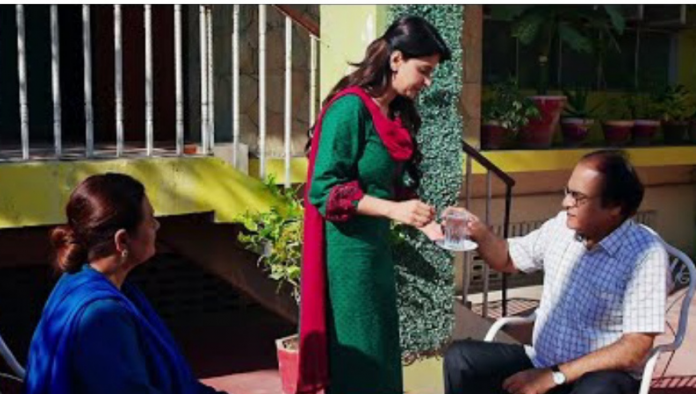 Super impressed with #Fraud – heads off to Zanjabeel Asim for jotting down an intriguing story and #Saqib Khan marvellous execution made it an interesting watch.

One side he made sure to facilitate his widow sister with all neccessities of life but when it came to his daughter he simply couldn’t compromise on her happiness.

And for him the happiness of his daughter lies in money 💸

Saba Qamar as an obidedent daughter is ready to sacrifice her love. In the first episode, she didnt get a lot of screen-time but even in brief appearance she left a mark in a simplistic next door girl avatar.

The underrated actor Adnan Samad as Naiel grabbed our attention. He performed his part with sincerity and it was obvious in his act. He proposed Maya with ease and the way he expressed his feelings showed his command over the craft. The beauty of that scene lied in its simplicity – both actors didn’t go overboard with the expressions and kept it real with simple emotions.

We loved the first episode and can’t wait for next week to see how the events unfold in the coming episodes.

What was the memorable scene of the drama for you? Tell us in comments