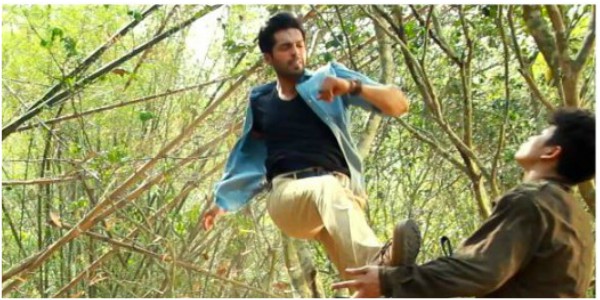 Shot in the exotic locations of Thailand, the new TVC features Fahad Mustafa as a macho action hero – and we simply can’t wait to see him giving some hard punches and kicks to the villain.

A source close to the actor told us that Fahad Mustafa will surprise his fans with an action packed adventurous campaign in new commercial.

Read: Fahad Mustafa: A game show host with the soul of film star

If this not enough then let me also tell you that the TVC also features a beautiful Canadian girl moving around with our hero in the risky locations of Thailand. The TVC has been directed by Haris Qadeer where as Usman Malkani has been its director of photography.

Mustafa has won our hearts as an adorable Billu in last year commercial of Phoenix Battery where he roams around in local mohalla carrying a battery on his bicycle. We now eagerly wait to see him in latest commercial where he is all gear up to impress us with his incredible stuntbazzi.