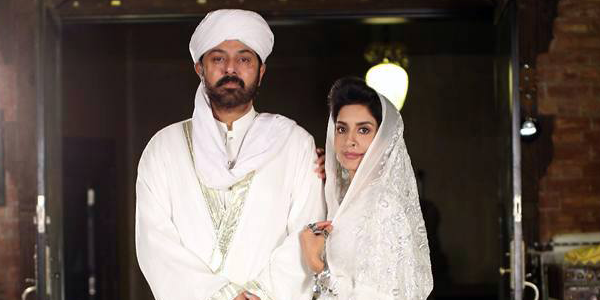 The multifaceted actor Nauman Ijaz is back in yet another challenging role in A-Plus’ Dumpukht as a spiritual peer.

In the promo, he has shown dressed up in white ‘choga and pagar’ and his followers kiss his hands in aqedaat. This character has cunning resemblance with Nauman Ijaz’s currently on-aired play Mein Kamli where he has played an influential figure in the village. He has similar done dominating roles in Bhai and Mera Saaien.

According to the details provided in a press release Dumpukht’ is an upbeat and mesmerising story about a young girl enchants by the allure of a charismatic spiritual peer.

The female lead in the drama has been played by model-turned-actress Sonia Mishal of Ishqa Waay fame.

Produced by Mishaal entertainment it has been directed by Kashif Nisar – the man behind several successful plays including Kami Reh Gaee, Sangat and Dooriyan.  It has been penned down by veteran Zafar Mairaj.