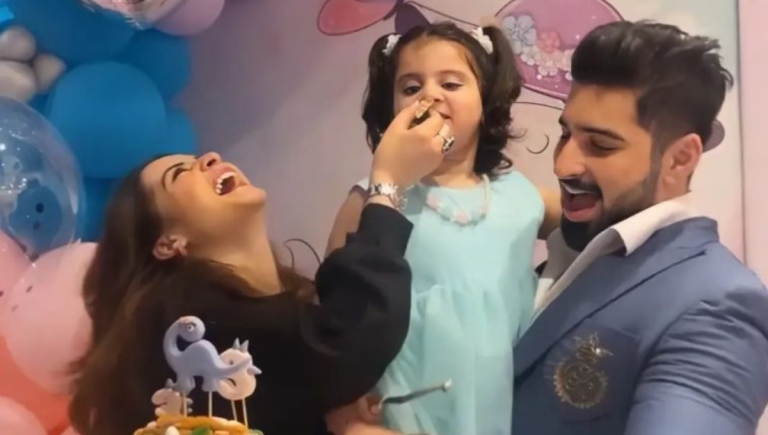 It was Amal’s birthday on Monday, and her celebrity parents, Aiman Khan and Muneeb Butt, made all the efforts to make it a memorable day for her.

They threw a lavish birthday party for family and friends at their residence. The adorable Amal looked super cute in Turquoise fairy gown. Mama Aiman chose to wear black outfit for the occasion whereas papa Muneeb preferred to look suave in formal coat.

Here take a look at the birthday pictures 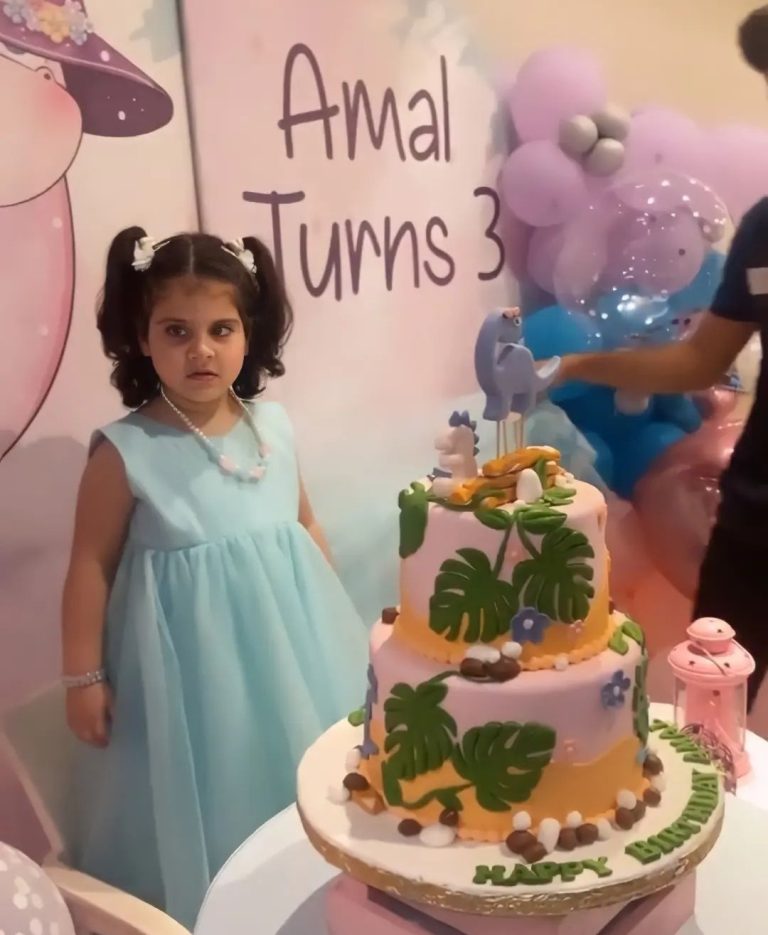 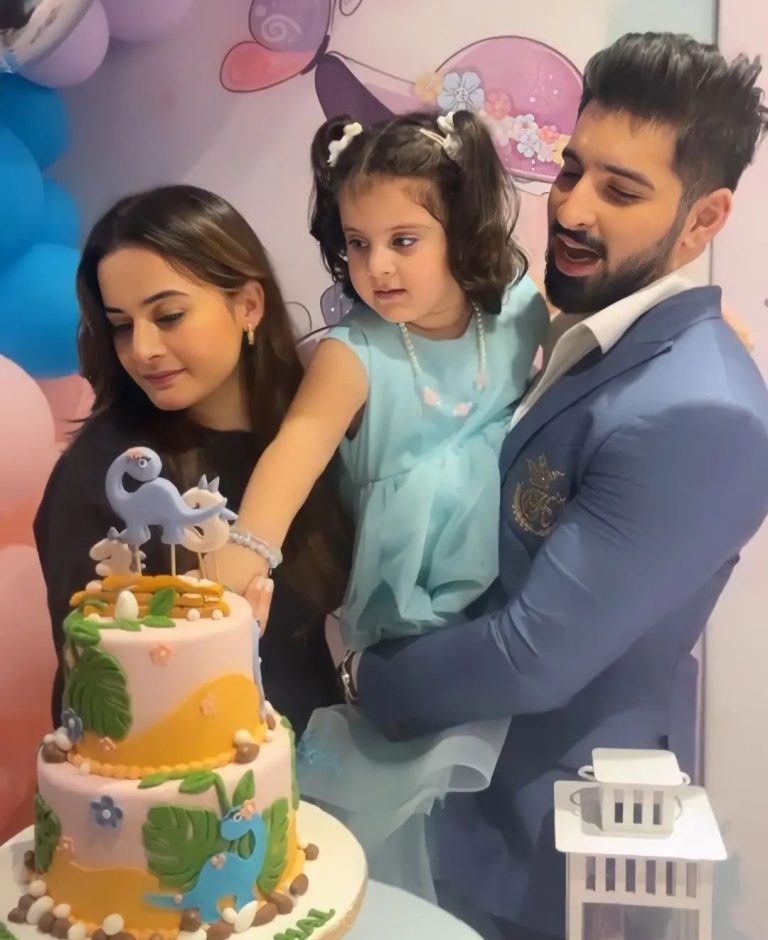 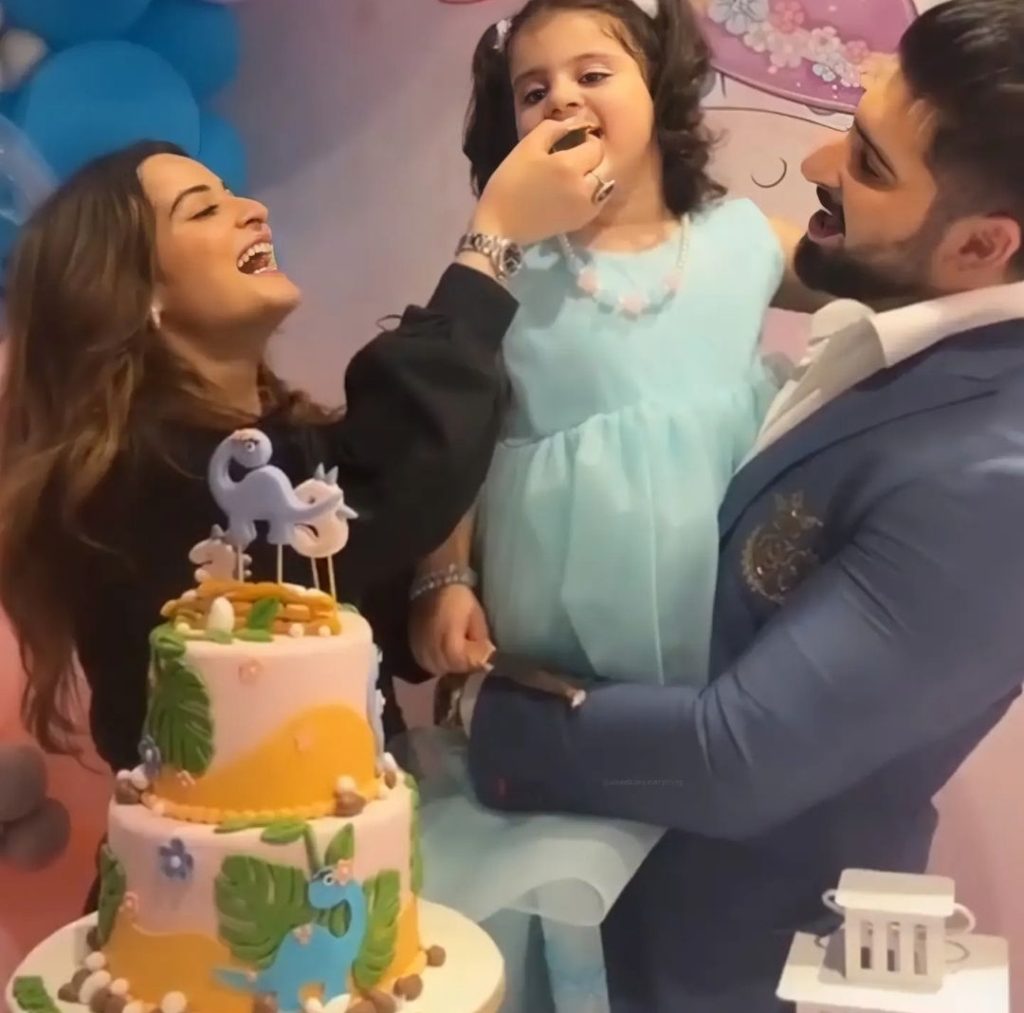 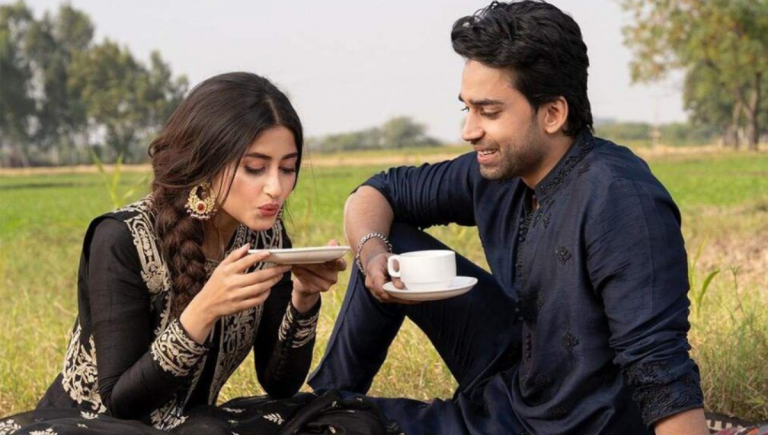 Our favorite O Rangreza jodi Sajal Aly and Bilal Abbas Khan are all set to enthrall us in yet another exciting project helmed by ace director Nadeem Baig.

Reportedly, Kashaf is a touching story which is sure to hit the right chords in viewers’ hearts.

The viewers have always showered their immense love on this beautiful couple and they are looking forward to see them together soon.

The shooting of the drama serial has already kicked off in Karachi and the drama is expected to air on small screen soon. 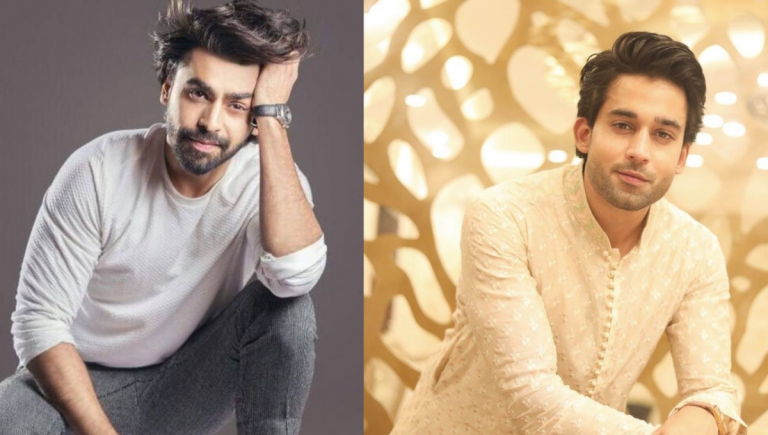 Speculations are high that the lead actor Farhan Saeed has opted out of the project for the unknown reasons. Dobara star Bilal Abbas Khan is likely to play his part in the script.

The news has come as a big surprise for the fans of Urwa and Farhan as they have been rooting to see the real-life couple back on a small screen.

The rumors of Urwa and Farhan’s separation have been doing rounds for quite some time. This latest announcement further proves that things aren’t still moving in the right direction.

In an earlier interview, Farhan Saeed has made a perplexing statement about working with Urwa Hocane.

He stated that they are working on a project together, but he is unsure if they would collaborate.

Another big change in casting

Rumors mills are in full flow about another major change in the casting process. According to them, Imran Abbas has also replaced by Ali Rehman Khan in Meri Shehzadi Diana.

No official statements have made by Bilal Abbas Khan and Ali Rehman Khan in this regard. Now let’s just wait and see how things unfold in the near future. 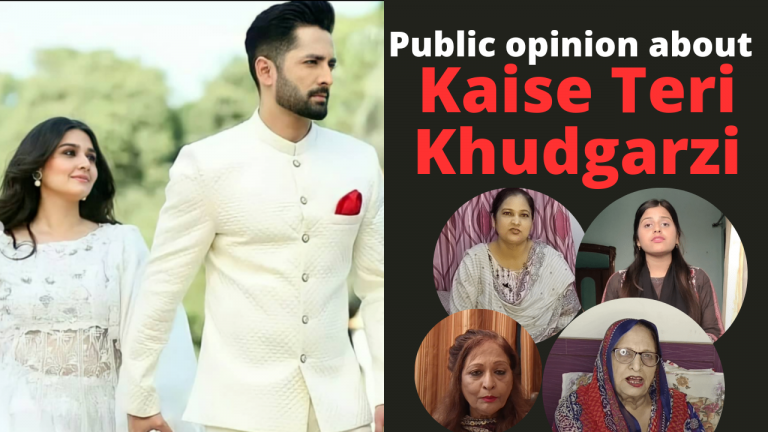 ARY Digital’s currently aired drama Kaise Teri Khurgarzi has been trending on You Tube since its first episode aired on Television.

We spoke to viewers to know what they liked the most about the serial. Do you like this drama too? Share your views in comments. 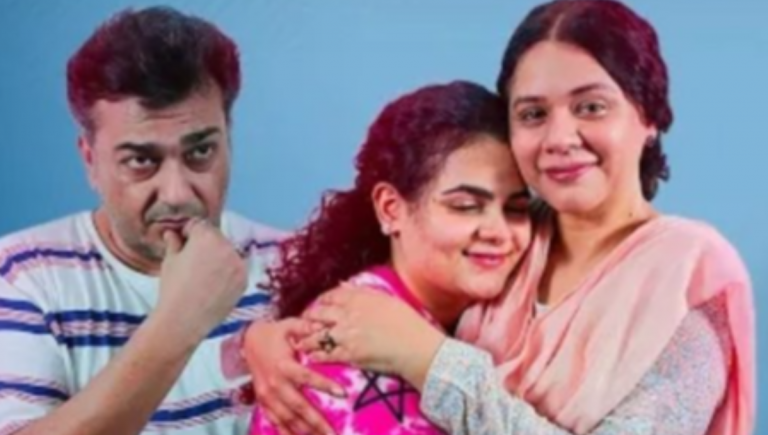 Our favourite Sab Set Hai couple Salma Hasan and Azfar Ali are working together again. This time their union has happened on the sets of See Prime’s latest short film XXL.

The short film has recently released on the OTT platform and it immediately grabbed the attention of netizens as it features the iconic jodi of television, Salma Hasan and Azfer Ali.

They have worked together after a hiatus of almost two decades. Their last venture together was the cult sitcom, Sub Set Hai, that aired in 2001.

What’s the story of XXL?

See Prime latest short film, XXL is a story of a teenage girl who is overweight and under continuous scrutiny of her mother who forces her to lose weight.

Tiktoker turned actress Qudsia Ali has played the teenage girl in the film, where as Salma Hasan and Azfar Ali have been playing their parents.

The short film shows the mental state of a disturbed young girl who is ridiculed by her parents and society for obesity. On the other side, it also shows the dilemma a middle-aged woman who is teased by her husband for an old and stale avatar.

The short film is written by Fatima Faizan and is directed by Danish Behlim.

Ms. Seemeen Naveed, the executive producer stated “For too long our society has shamed human beings for being the humans they are. There is a lack of tolerance and acceptance and a silent expectedness for females and males to act and look in certain ways. However, these ideals affect one’s mental health in extreme ways. This production aims to highlight the abuse that is involved in shaming humans for the way they look and forcing them to fit into society’s ideals and the consequences that can follow. As with all of SeePrime’s shorts, we hope to provide content that sparks introspection and a positive change in our society.” 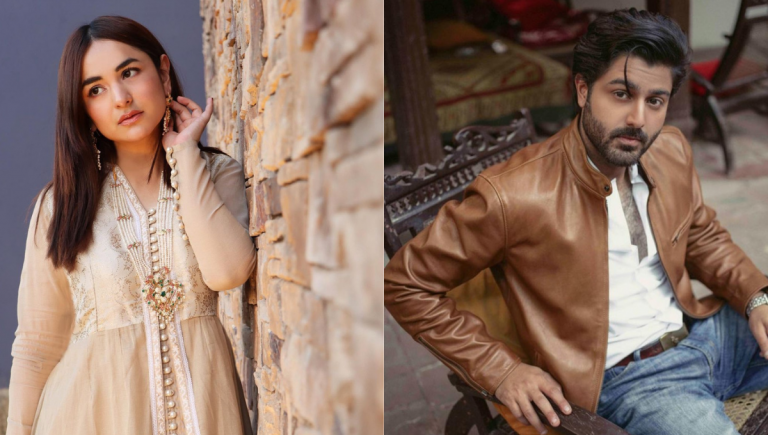 The power house of talent Yumna Zaidi is all set to impress us in Hum TV’s latest serial, Bakhtawar. This time nation’s latest heart-throb Zaviyar Nauman Ejaz will play her love interest in the drama.

The first look of the drama has been revealed on social media presenting Yumna Zaidi as a vivacious young girl with a pretty smile grabbing all attention.

As mentioned in the brief provided by the channel, Bakhtawar, is a story of head strong girl with a troubled present and a dream of a better tomorrow.

The drama is written by Nadia Akhtar, directed by Shahid Shafaat and produced by Momina Duraid.

It is expected to air on Hum TV soon. 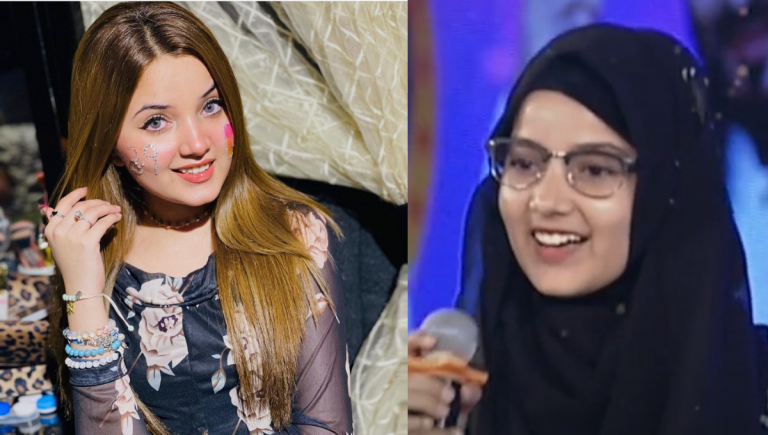 We have recently found an old clip of Aamir Liaquat’s game show on BOL TV – and guess who we have spotted in it. It’s the famous Pakistani TikToker Rabeeca Kashif who made her first ever appearance on TV as a quiz show contestant.

Rabeeca Khan is a daughter of famous stand-up comedian Kashif Khan. She is a renowned TikToker in Pakistan with over 5 Million followers on social media.

She has also released a song ‘ Nazare e Karam’ on BOL TV which trended on TOP 3 on YouTube.

She is also reported to date a follow TikToker Hussain Tareen. 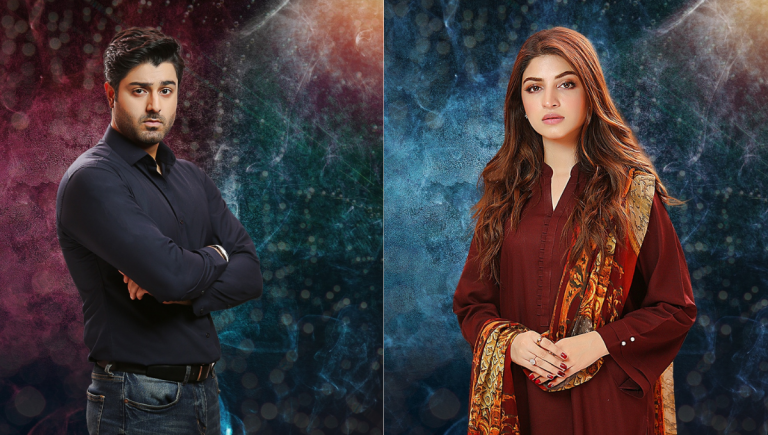 The beautiful duo, Kinza Hashmi and Zaviyar Nauman, is all set to win hearts in Hum TV’s latest offering, Weham, starting from June 22.

The trailer of the drama has already created the buzz with its intriguing plot and viewers are looking forward to it.

Produced by Moomal Entertainment and MD Productions, Wehem is a story of dark secrets, distrust and skepticism. It is written by Imran Nazeer and directed by Adnan Wai Qureshi.

The serial follows the story of a single mother Rukhsana. She has raised her two sons and taken care of her mother-in-law and the household single-handedly after the mysterious disappearance of her husband decades ago.

Rukhsana navigates through the trials of life successfully until a dark secret from her past knocks at her door. 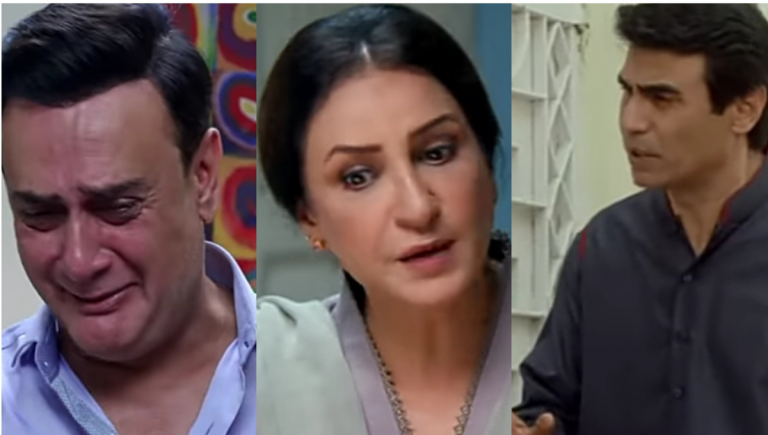 In today’s episode of ‘ Drama Talk in Wajiha’ we have discussed the impact of this shift on our society and what steps our drama makers should take to make the content more productive. Do you agree with us? Who are your favourite and not-so-favourite parents from Pakistani dramas? Tell us in comments. 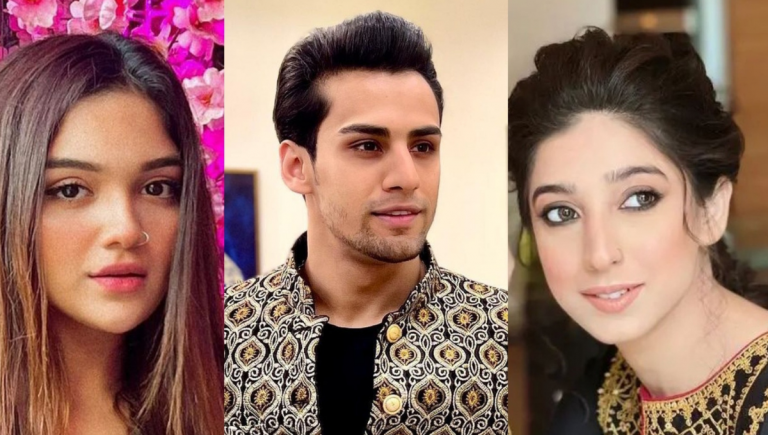 The director shared the news in a post on social media.

According to the details shared in the Instagram post, the new project is tentatively titled as Tubelight and is written by Wajahat Rauf who is also directing it.

Wajahat Rauf is quite excited for his latest venture and called it a ‘passion project’. From the post it hasn’t been clear whether it is a web series or a movie but looking at the star cast we guess that it is a project made exclusively for netizens.

So far no more details about the project hasn’t made public and as soon as we get to know anything about this project we will update you.