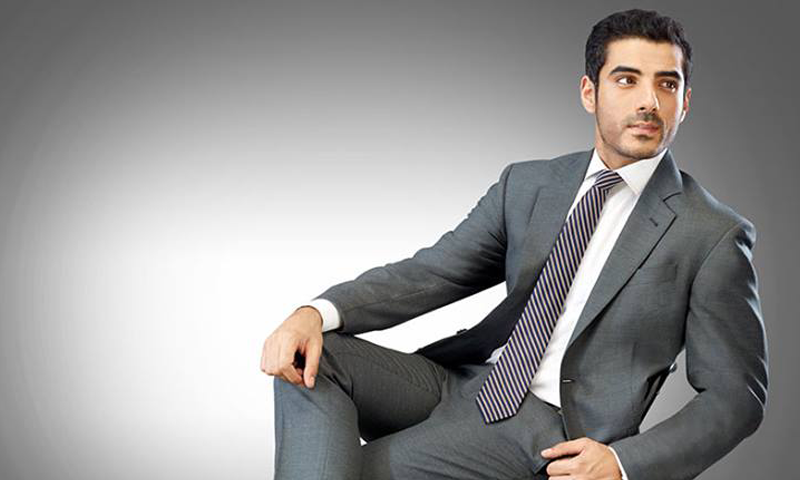 He is now set to make his film debut with Asim Raza’s production Ho Mann Jahaan, in which he portrays a musician named Nadir. HIP spoke with the actor where he talked about his passion for acting and a knack to strive for perfection in whatever he does in life.

You were doing pretty well in dramas; when did you realize that you were meant for films?

Movies have always felt bigger than television growing up. When it comes to Pakistan, we had been waiting and striving for this big creative revolution for our film industry. When it finally happened, I was glad to be a part of this medium to see where it takes me.

How did you end up doing Ho Mann Jahaan?

Television enjoyed a reboot over the last decade, but quickly hit a wall when it came to innovation. Producers were compromising on content and most creatives were unable to push hard enough to break through the formula and cynicism.

Meanwhile our film industry began its ascent and/or rebirth and I was naturally inclined toward being a part of it. Asim decided to try his hand at film making. He was looking for talent that suited his script so he offered me a role which I found exciting enough to give a try.

What do you love the most about your role in the film?

Well, there are a lot of things I love about it that generally fall into the domain of inhabiting the persona of a college student and an aspiring musician.

I also love the fact that compared to television, working on a film awards you more time to explore aspects of acting which one often has to rush through in television work due to time constraints.

Just like your filmi role, do you possess the love for music in real life too?

I generally possess love for every form of art as they all are interconnected to each other; be it painting, music, and/or acting.

What differences have you found between doing a film and working on television?

Films and dramas are similar as forms of storytelling. Although in films the stakes seem to be higher as everything is projected on a bigger screen. Not to say one is easier than the other. For me to do good work on television is as tough and challenging as in movies.

So far you have maintained a low key profile in media and social media; Is there any reason for it? Can an artist survive without being an extrovert?

I think it’s because I am a very process-oriented person. When I entered this industry I came with a certain mindset. I was clear in my mind that I was here to try to do quality work and those who liked my work approached me again. I have worked on similar lines until now and it suits me just fine. An artist can survive in whatever enables him to give his work his best.

Asim Raza is known for being a perfectionist; how did you deal with a director who settles for nothing less than perfection?

A good director will always do his / her best. It wasn’t tough for me because I understand the importance of not settling in this work. I would always prefer to work with somebody who has that reputation.

Why didn’t you begin your film career with Mehreen Jabbar since you have previously worked in several dramas with her?

When I choose a director to work with, it doesn’t mean that I will not choose the other one. We are all here to work and when a good opportunity comes, we should avail it. It’s a happy coincidence that Asim offered me a role first. There is no involvement of any kind of preference between directors.

With so many Pakistani films releasing this year, what to you is HMJ’s USP?

It’s up to the audience to decide and I really can’t say anything in this regard. Just like other movies, it has a lot of strengths and it may have some weakness too. But I hope that people will appreciate the strengths.

Would you mind doing a Bollywood film if one is offered to you?

I don’t have any inclination towards Bollywood right now. At present I have very good momentum here which I would rather not disturb. I’m working towards developing some content and I believe that in the current wave of work happening in Pakistan, there is a lot to do.

Your cameo appearance in Bin Roye almost went unnoticed; what is your take on it now?

I would say it was noticed sufficiently. I was not involved with Bin Roye at any level besides the song. The basic reason I got on board was Asim and Mahira. As far as the song is concerned, I have received tremendous feedback from people who had never imagined that I could dance. I am happy about it and that’s my take.

I don’t make plans in life because life changes all the time. I prefer going with the flow. As far as the future is concerned, it is something I’m very optimistic about.