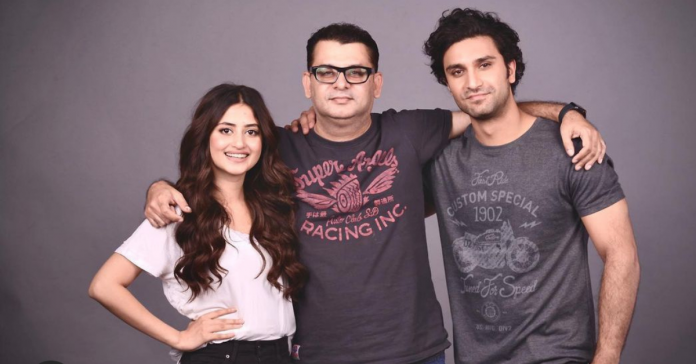 The actress played a daughter of deceased army man who lost his life while combating at the border.

Earlier, the director shared his favorite moment from the series presenting Ahad Raza Mir as an Indian boy named Vishal and Sajal as Sara from Pakistan.

“Sara please don’t be mad, warna India and Pakistan will be very very sad,” sings Vishal to Sara, who laughs and smiles with a gaze full of pain and emotions.

Written by veteran playwright Umera Ahmed, Dhoop ki Deewar is a story about two families that are united by their father’s death – one is an Indian soldier and the other, a Pakistani. It narrates the affects of martyrdom on the families and how they cope with it.

The web series is expected to premiere this month.