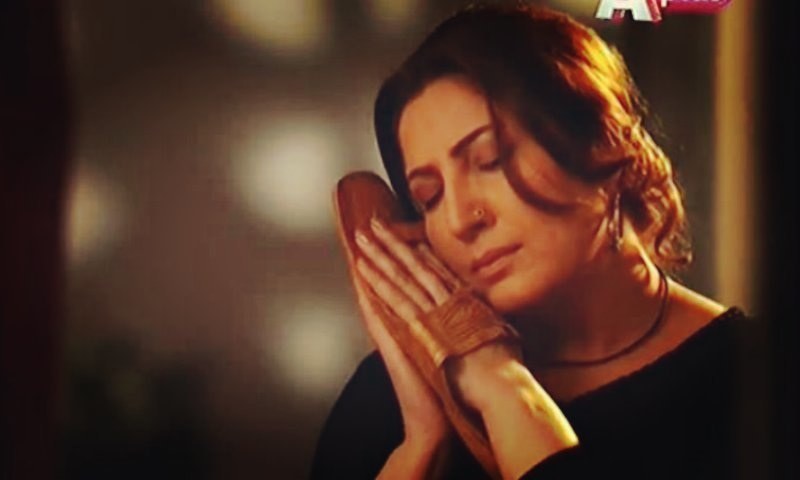 I am fed up of watching the same old predictable stuff on the screen. This year I am making some mew years resolutions for the media.

It appears our filmmakers don’t have any topic to make movies on but just combat, fighting, conflict and insurgency. I understand such movies get sponsors easily but personally, I’m over the patriotic army film. News channels are already enough to say that we are living in war state so please stop making such movies. Viewers wants something fun – and the tremendous success of crime caper movie ‘Na Maloom Afrad’ is proof.

The mazloom and bechari auratain keep dominating our small screens throughout the year – starting from Rumaisa of ‘Mohabbat Subh Ka Sitara Hai’, Mariam of ‘Shab-e-Zindagi’ to ‘Kaneez’. These sweet girls with no will power and no are interchangeable and irritating. The more repressed the better seems to be the over all lesson. Remember Saima as wafadaar biwi of Kaneez clutches her husband’s chapal to her face because it has his smell?

It’s a dilemma in our dramas as they portray women either as poor victim or the evil brats – she is never a normal three-dimensional person. Considering others deaf and dumb the evil girl in dramas keeps making vampish plans. Actors like Sana Askari and Ayesha Khan are staples for such characters who are never be fair to anybody in her life.

Unfortunately, the heart wrenching story of ‘bechara admi’ has become the latest hit thing in drama business – it’s always the ailing mom forcing the son to marry a girl of her choice. In ‘Ahista Ahista’ Adnan Siddiqui despite of having a loyal wife (Sarwat Gillani) marries Mawra Hocane because she was all helpless. Moreover, the second wife is usually prettier or more sugardh and competent while the first one is either a vamp or old and dull – this is what our plays are showing which is needed to be end now.

2014 was a year of ‘dosri biwi’ on television – no I’m not talking about the ARY drama but it’s the new trend. So many second marriages were shown in our dramas for the past last year that I feel like kuch bhi kar lo husband to dosri shadi tu kare he ga. From ‘Ahista Ahista’, ‘Iqrar’, ‘Shuk’, ‘Mohabbat Subh Ka Sitara Hai’ and ‘Dosri Biwi’ all featured dosri shadis in plays.

Even the bad fate of Shaista Lodhi shadi fiasco doesn’t put end to this trends – as much as I recall almost all of our celebrities have their mock wedding in morning shows (for some it’s twice or thrice on different channels) but I don’t understand why this shadi fever in morning shows is not coming to an end. I wish I don’t have to watch again in 2015.

2014 marked the year when media groups openly confronted each other – whether their rivalry amuse people is another tale but it has certainly raised a big question on the journalism ethics.

It has happened several times this year that religious debate took horrible shapes when clerics went ahead saying bad things about other sects in the burst of emotions which has of course lead to controversies (Remember Aamir Liaquat’s show featuring statement about Ahmediya). Our religious leaders need to behave sensibly on television by giving a message of unity rather than creating conflict with words.

Big houses and glamorous ma’ams are new rage in media – getting inspired from Indian television industry and Bollywood culture our dramas have also started showing lavish larger than life set-up as a regular part of our lives – women wearing blinging attires are well served with uniformed naukars(with pagaras on head and suspicions looks on face) and man walking around wearing jamawar sherwani and branded clothes – well is it how we live in our normal lives. Well, I don’t know but our actors in our dramas do.