Miss DramaticSpice up your life with showbiz tadka.
Home Uncategorized Who should be the female lead in Haseeb Hasan’s film ‘Parvaaz Hey...
Uncategorized 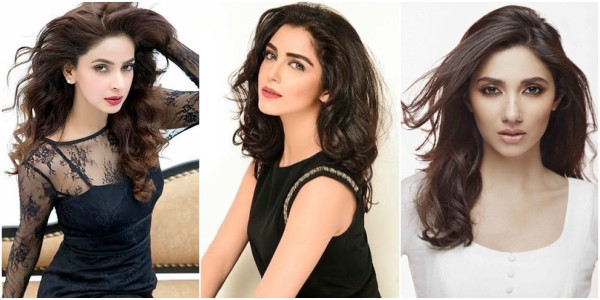 The film has been written by Farhat Ishtiaq who is known for heart-touching romantic stories including Humsafar, Mata-e-Jaan Hai Tu and Diyar-e-Dil.

As the female lead of the film hasn’t been finalized yet we thought to suggest some names for it. The multifaceted actress can be an apt choice for the role of female fighter pilot. She has recently acted in a telefilm based on real life fighter pilot, Marium Mukhtar. She actually spent considerable time in the company of fighter pilots to understand their psyche and body language. She is a versatile actress and has proved her acting mantle with several successful plays her at credit including Hum TV’s Daastan and Kankar.

Chances are high that Hum TV’s perennial actress Mahira Khan to grab the leading lady slot in Haseeb Hasan first film directorial project.  With huge fan following she has also landed in Bollywood where she is playing an important role opposite King Khan. Haseeb Hasan is more likely to take his favorite actress Maya Ali for this project. She has been the leading lady of Hamza Ali Abbasi and Osman Khalid Butt in Hum TV’s popular plays, Mann Mayal and Diyar-e-Dil respectively. Maya Ali hasn’t signed any film project yet and she is open for good offers. It may be possible that she gets her big break in Pervaaz Hey Junoon.

Ayesha Khan role in Bilal Lashri’s Waar as an intelligence officer was quite impressive. She possess the exact grace and attitude required for the role of a fighter pilot. The gorgeous Saba Qamar is my favorite choice for the role. An actor par excellence she has an ability to mould herself into any character – be it a yesteryear actress in Manto or a rock star in Lahore Se Agaye. With massive fan following, great screen presence and brilliant acting skills she is an apt choice for the role.