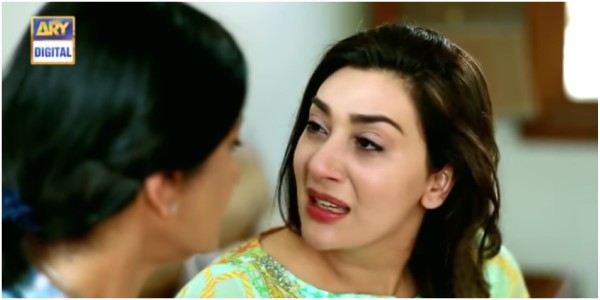 Another heart-wrenching episode of Khuda Mera Bhi ends this week leaving viewers with an important question: How can you expect a mother to mourn the death of her baby while he is still alive?

The relation of a mother with her baby is hard to describe in words – she carries him in her womb for nine long months before he sees the light of world – so obviously, the level of attachment between the two is higher than any other relation.  The current episode of Khuda Mera Bhi Hai exactly shows this feeling – while Zain want to move ahead in life it is impossible for Mah Gul to forget the past and make a new start in life. She is unable to come out of trauma of losing her first child. 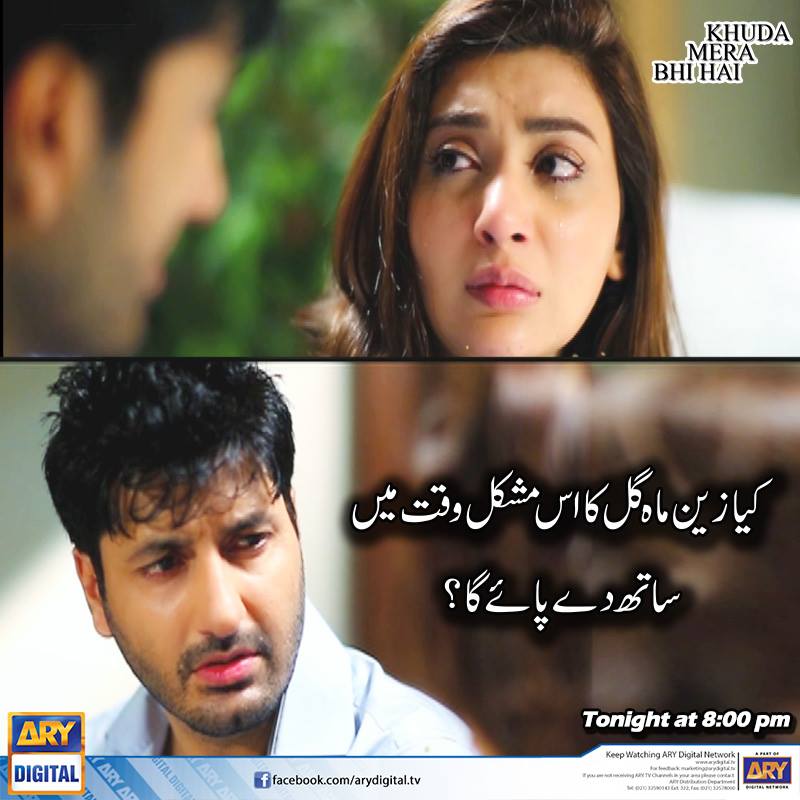 Tears rolled down my cheeks as I saw Mah Gul burying her baby’s toys – the pain and sufferings a mother went through at such situation was impeccably depicted in the scene. While a bunch of transgenders celebrating the arrival of a new member in the family, a helpless mother was mourning her alive child’s death all alone. She was shouting, crying, but at the same time trying to gather strength to bear the loss but couldn’t do so.

Read: The best is yet to come in Khuda Mera Bhi Hai

Kudos to Ayesha Khan for beautifully portraying the pain and agony of a helpless mother – this by far has been her finest performance.  Syed JIbran has also done a decent job in portraying a disturbed father.  But the biggest strength of drama lies in an emotionally strong script. The writer, Asma Nabeel’s research and hard work have been clearly reflected in each scene making you really difficult to come of the magical spell.

To deal with a sensitive topic is a daunting task – and up till now the cast and crew of KMBH has lived up to our expectation. The characters are real and they have behaved in a natural manner except Zain’s mother – she has been shown in a complete black shade which is a bit difficult to accept. It’s true that she has some prejudice against Mah Gul but it doesn’t mean that it requires her to cold-hearted completely. She is a mother too but when it comes to Mah Gul she is not ready to understand her pain. 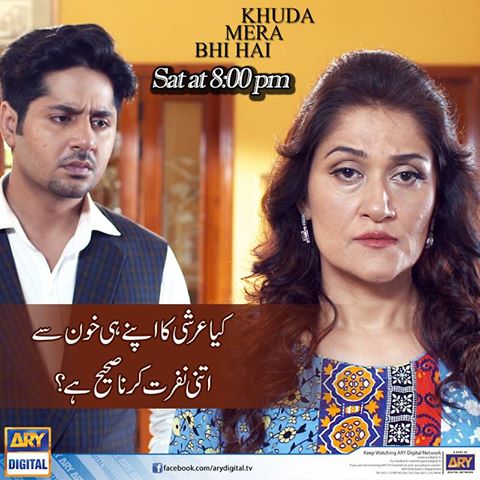 By the end of this episode, Mah Gul has finally broken the emotional shell and has reached her mom’s place to openly think about this issue. Chances are high that she’ll accept her child and makes efforts to bring him back in her life. What are hurdles she has to face? Will Zain support her decision? To know this tune into ARY Digital every Saturday at 8:oopm