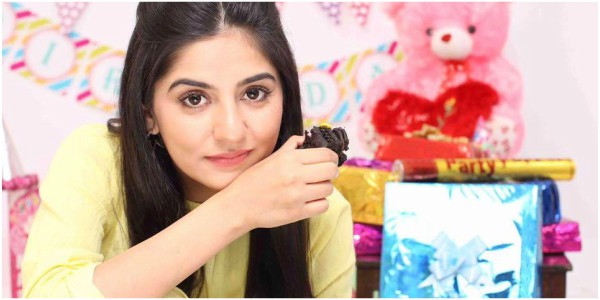 For the past few years, the multifaceted actress, Sanam Baloch, has limited herself to morning shows and has avoided taking up drama projects.

On popular demand, she has recently done a Defence Day special telefilm, EK thi Marium and as an ardent fan of her we couldn’t stop praising her for a wonderful portrayal of Marium Mukhtiar.

With a fabulous act, the actress has once again proved that time hasn’t vanished her talent and she is as charismatic as ever.  After watching her in Defence Day telefilm, the urge to see her in more dramas has increased. We wish someone kindly convey our message to her that we really miss her in dramas.

Recalling all the great work Sanam Baloch has done on television we have picked her all-time favorite dramas where she has won our hearts with her spellbinding act.

As Bano in Daastan

She breathed a new life to the historical story penned down by legendary writer Bano Qudsia. Showing the miseries of people during partition of subcontinent the drama narrates a story of young girl, Bano, who became victim of Hindu-Muslim riots.

Sanam epic portrayal of Bano not only earned sympathies for the character but it was her natural act that people related to her struggle. Sanam’s wonderful on-screen chemistry with Fawad Khan was another highlight of the drama.

It’s one of my all-time favorite drama serial – Umera Ahmed’s intriguing script provided all the stellar actors to shine in their respective roles – be it Nadia Jamil, Samina Peerzada, Qavi Khan or Meekal Zulfiqar. But among the ensemble cast, Sanam Baloch impressed us the most. She was phenomenal in presenting the struggle of a newly-wed young bride who made efforts to settle down in susral, mainly comprising of demanding in-laws. As Shahla in Doraha

Sanam Baloch is among the rare breed of actress who have experimented with myriad of roles and have done each one with aplomb. In Doraha, she played a negative character of girl who fell in love with a married man.  Sanam once again outclassed senior co-actors with a power-packed performance.  With an innocent face, she added the required shrewdness that ultimately bought her accolade. As Kiran in Kankar

We last saw Sanam Baloch as Kiran in Kankar – a drama serial focusing on domestic violence and its implication on individual’s life. Sanam character had transformation from a young, happy-go-lucky girl to a mature housewife. She did both parts with ease and perfection.