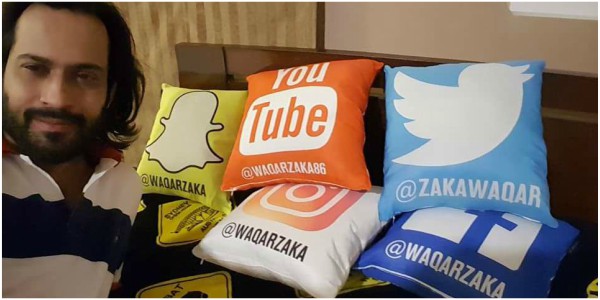 As a part of their new strategy, Facebook has launched TV commercial-style ad breaks during the live session – and it’s a big news for Pakistan that Waqar Zaka has chosen as only local celebrity from this region. 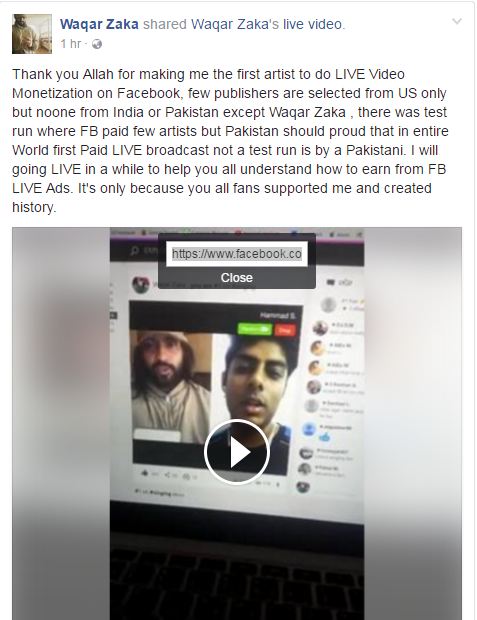 While sharing his excitement about the news he told us that it was a big privilege for him.

“It’s a great feeling and I have always tried to use my video posts for creating awareness and motivate my fans to participate in positive deeds,” he said.

He thanked Facebook for selecting him for testing of monetized live videos in Pakistan. To also expressed desire to post tutorial videos soon to make it easier for people take benefit from this unique feature of social media.

Living on the Edge host makes ‘selfie video’ a craze among his fans with travel video logs posted on Facebook. He was also approached by a Koran company. Line APP to promote its application, develop and design content to cover the Cricket World Cup 2015.

A Chinese company, ZAPYA, also hired him for application promotion in Pakistan. He also visited Burma and Syria and used Facebook videos to help sufferers.