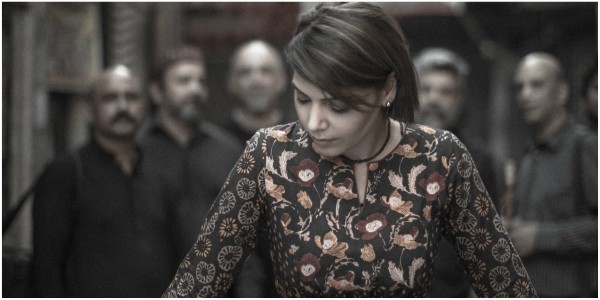 Boohey Barian singer Hadiqa Kiani is all set to release her latest music album, Wajd, after a hiatus of 8 years.

“Wajd is not only an audio album but a musical journey that aims to explore lost traditions, the freedom of ownership of the Eastern folk tradition,” Kiani said in a press release. Produced, mastered, mixed and recorded by one of Pakistan’s leading music producers and Hadiqa’s long-time collaborator and brother, Irfan Kiani,

“Wajd – Volume 1” will introduce eight tracks, recorded in pure organic form in a live studio format, encapsulating the individuality of each featured musician and their respective instrument.

Hadiqa Kiani, who is already recognized for singing in a variety of dialects, will be heard highlighting six of regional languages, i.e. Punjabi, Saraiki,Sindhi, Balochi, Pashto and Urdu (BrijBasha) in “WAJD – Volume 1”.

Conceptualized, visualised and directed by Abdullah Haris, ‘Wajd – Volume 1’ chapters have been shot in single-take format in natural daylight. The first chapter will be released this March 2017.