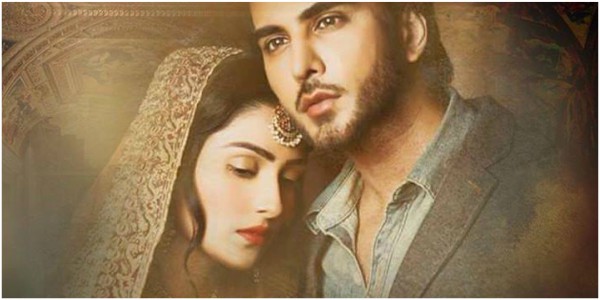 Mark your calendars as Yasir Nawaz’s much awaited serial ‘Tum Kon Piya’ starring television heartthrob Imran Abbas and the gorgeous Ayeza Khan is all set to kick off on Urdu 1 from March 23.

Based on Maha Malik’s best-selling novel of the same title, the play is Ayeza Khan’s comeback project after marriage. The director, Yasir Nawaz,  has also tried his hands on a television serial after a blockbuster film, ‘Wrong Number’.

Read: On the sets of Yasir Nawaz’s ‘Tum Kon Piya’ for Urdu 1

The drama serial is a love triangle among Imran Abbas, Ayeza Khan and Waseem Abbas’ son Ali Abbas.  Judging from the promo we assume it as a typical love story between ameer larka and gharib larki – but Yasir Nawaz’s beautiful presentation, Ayeza Khan and Imran Abbas wonderful chemistry has further increased our curiosity about this project.