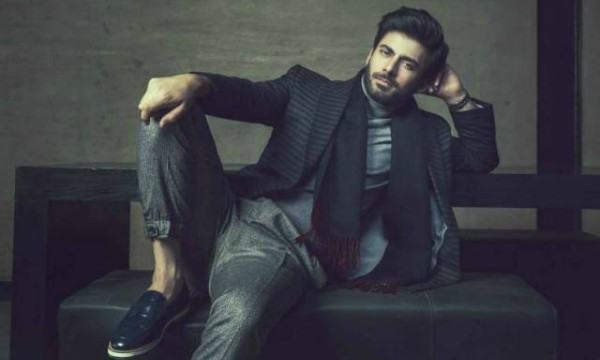 Khoobsurat star Fawad Khan seems to be a great fan of action hero Sunny Deol. He has recently revealed a desire to be a part of Sunny Deol’s latest film, “Ghayal – Once Again”.

During the promotion of his upcoming film, Kapoor and Sons the actor was asked which movie remake he would like to be a part of and he said, “I would love to star in the remake of ‘Ghayal’,”  Indian Express reported.

Considering Fawad Khan’s choice of movies, we anticipate that his next Bollywood attempt will be a full-fledged action thriller. The good news is that in the local film industry, Bilal Lashari’s Maula Jatt is expected to fulfill his this desire – in which he will be seen essaying an action hero role. We simply can’t resist imaging him with six-pack abs and killer action moves.

The actor also cleared the rumor about a role offered in Aamir Khan starrer PK. He said that the film was never offered to him so there was no chance of turning it down.

Fawad Khan has been busy in the promotional campaign of Karan Johar’s Kapoor and Sons along with Alia Bhatt and Sidharat Malhotra. The film is slated to release on March 18.