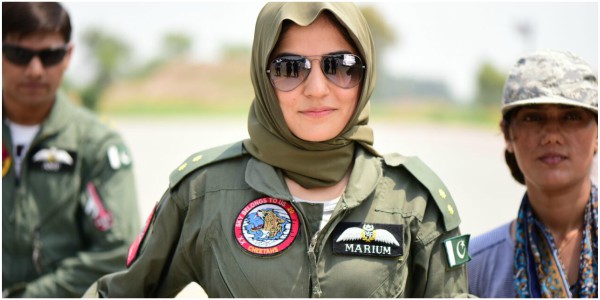 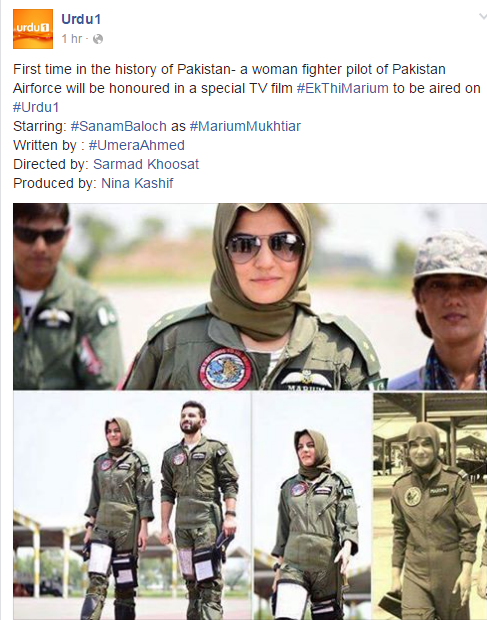 Written by veteran Umera Ahmed, the telefilm has been directed by Sarmad Khoosat. Urdu 1’s GM Programming Nina Kashif has produced it. The multifaceted actress, Sanam Baloch plays the role of Marium in the telefilm.

Sanam Baloch’s publicist Asad while talking to MISSDRAMATIC said that she spent considerable time in the company of fighter pilots to understand their psyche and body language.

“This role has been really close to Sanam as it has been  her long due wish to play a national hero on television and she wants to do full justice to it. She doesn’t want the audience to remember ‘Ek Thi Marium’ as her play, in fact, she wants to take them to Marium’s life through it – show them the difficulties, obstacles and challenges she faced in her life before emerging as a national hero,” he said.

The telefilm was shot in three major cities of the country – Rasulpur, Mianwali and Karachi. It will air on Defense Day (September 6) on Urdu 1.