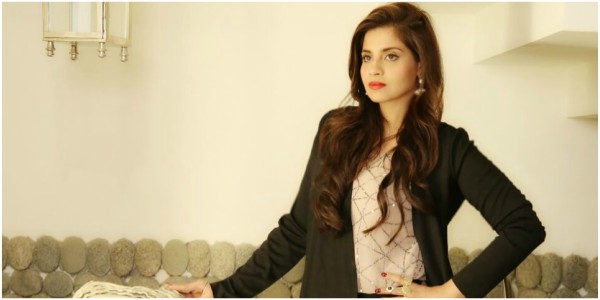 Mann Mayal producer Sana Shahnawaz is back with another enticing project, titled as Khuda Mera Bhi Hai. Focusing on human emotions the drama shows a struggle of a person to discover his/her true identity while fulfilling the demands of a modern society.

The shooting of the drama serial has already been kicked off and it is expected to air in August. The producer, Sans Shahnawaz exclusively talked to us about her latest venture. Excerpts: Your first production, Mann Mayal, has been much talked about serial of the year. It must be challenging for you to take up a new project after it?

Mann Mayal has been a perfect beginning for me. For my next venture, I was looking for an engaging script which shouldn’t be similar to Mann Mayal in any way.  The task of finding the balance between a different story and present it along the parameters of a Pakistani drama was my mission.

Fortunately, I found a script that touched my heart and I instantly made a decision to produce Khuda Mera Bhi Hai

‘KMBH’s’ is about a journey of discovering one’s identity while striking a balance of delicate relationships one holds in their lives. It’s about acceptance of who you are and of others around you.

What is the main plot of the drama?

I obviously can’t delve too many details right now but I would like to say that it touches upon such a social strata of the society that needs to be accepted and respected.

Tell us about the drama cast?

When will expect to see it on television and on which channel?

It will air in September on ARY Digital.

What are your expectations from this serial?

I am sure the touching storyline will help in bringing many shattered families together. It will also help people to see things from a different perspective. Everything else like ratings & awards will be an added bonus.

I think Allah has been really kind to me and I consider it as a blessing to produce a drama that sends out a strong message of love, respect, and acceptance. I couldn’t have asked for more.