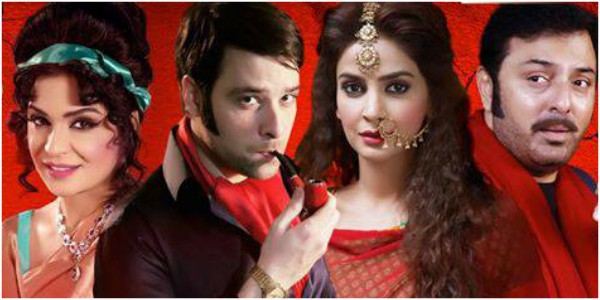 Pakistan’s premium entertainment channel, TV One, has revolutionized the television industry by staying away from soapy lackluster serials and focus in airing thought-provoking, enlightening and entertaining content that draws attention towards issues of social relevance.

As a game-changer, the channel has carved a niche with its top-notch content divulging the hard-core realities of life with the striking story-telling techniques. It doesn’t promote content just for the sake of entertainment but has a rock-hard motive behind it. It aims is not only to inform viewers, but also to edify and inspire them.

TV One offers a bouquet of shows including family drama, tried-and-true procedurals and side-splitting dramedy. Their dramas address a myriad of issues – from water shortage, women education, minority’s rights to a spread of chronic disease and its implications on society.

Breaking new grounds, the channel introduces resilient characters – they suffer from weakness, are vulnerable, cry and often get depressed but bounce back after every setback. Mein Sitara is one such serial where our lead actress faces adversities of life while yearning to be at top of film industry. However, despite failures, she pulls through every difficult phase with courage. TV One’s dramas shed light on peripheral stories that spotlight incidents and people making a concentrated and positive impact in society e.g. Araib of Mann Pyasa is a daring journalist who fights against water mafia for the betterment of community.

The well-crafted script, brilliant performances, and impeccable direction keep TV One dramas a notch above the rest. Here are some reasons you should never miss out on TV One’s dramas:

When stories about extra-marital affairs, dusri biwi and saas-bahu sagas have engulfed our television screens, it is pleasant to see TV One breaking the monotony by airing issue-based drama serials. And Noman Ijaz’s starrer Mann Pyasa is surely one of them.

The provocative script raises an issue of water shortage in the country and also exposes harsh realities of our patriarchy society. Sans any exotic locales and glittering wardrobe, Mann Pyasa, aims to attract viewers with its spellbinding narration and reality based execution. A brave journalist Araib takes a stand against water mafia and his wife Sumaira, a news caster by profession, supports him in the cause. The drama is not only address to a serious issue but engages viewers with a romantic story beautifully embed into it.

Another drama serial, Khushboo Ka Safar, revolves around successful architect whose life goes in doldrums when he suddenly loses eye vision.  The drama is actually an effort to create awareness about the increasing rate of blindness in the underdeveloped areas of Pakistan. In the present era of re-enactment of criminal case, TV One’s popular crime series, Yeh Junoon, stands out with brilliant dramatization of real life incidents. It presents crime as it happens in reality without sensationalizing it and also aware viewers about registration of FIR, police investigation and court proceedings. Real to life character are our strength

The channel never uses ridiculous twists or lurid details to grab eye balls. Its focus is always on believable characters that viewers find relatable and convincing. TV One doesn’t believe in an archaic depiction of the ‘teary-eyed’ girl, in fact, its characters are multi-dimensional with nuances of positive and negative traits as an integral part of their persona.

Mein Sitara shows the rise and fall of Pakistan film industry while engrossing audience with heart-wrenching tale of a girl who wants to be an actress. While giving insight to the golden era of Lollywood this drama also shows how film fraternity suffers after its sudden downfall.

The lead actress, Sitara is like any ordinary girl who sometimes becomes victim of the situation but in the very next moment she rises again to change her fate. Javaid Sheikh and Momal Sheikh starrer Khuda Gawah relies on the beautiful relation of a father- daughter. It has a touching storyline where a step-father distances him from his daughter after knowing that she doesn’t have a blood relation with him but deep inside he still cares for her.  From expressions, dialogues to body language, Javaid Sheikh plays this role with conviction.

In Khusboo Ka Safar, Farheen doesn’t come out as a total vamp, in fact, her character has grey shades. – seeing her love interest falling in love with her best friend she reacts in a way that any other girl will do in such situation. The career-oriented architect Riba (Kushboo ka Safar) is an epitome of modern day girl. Without relying on any men, she steps out to support her family. In Parizad, the lead character prefers career over marriage. She raises her voice for women education and strongly believes that the marriage shouldn’t be the sole purpose of girls’ lives, in fact, they should see a life beyond it. TV One never hesitates to explore the areas which others dare to attempt. While the other channels are busy in presenting a distorted image of victimized women, the channel works on a novel idea of introducing music as the main theme of one of its long run drama series. TV One has a credit to air Pakistan’s first musical drama, Taan, featuring 91 beautiful songs. Set in a musical academy, this drama shows the struggles of budding singers and musicians as they make their way to the top.

Other than musical façade, the drama very intelligently highlights issues of inter-faith marriages, terrorism and fundamentalism vs Sufism etc.

TV One has a credit of initiating a one-of-its-kind television series, Boltay Afsany, featuring epic stories of finest Urdu writers including Saadat Hasan Manto, Ismat Chughtai, Prem Chand and others. Setting new trends the series introduce young generation with our rich Urdu adaab with enactment of stories from our glorious past.