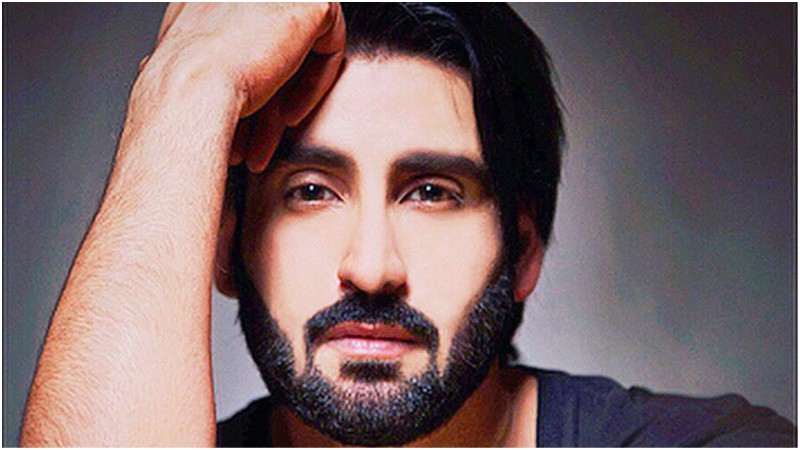 After a hiatus of almost three years, the multifaceted artist, Agha Ali, is all set to make a comeback on Hum TV with Moomal Productions’ upcoming drama serial, Band Khirkiyaan.

The actor made his debut into acting world with Hum TV in Mein Hari Piya in 2012 and later did several successful serials with the same network including Halki Si Kalish, Shab-e-Zindagi, Mere Meherbaan, Mehram, Digest Writer and Mere Khuda.

His last serial on Hum TV was Tere Mere Beech in 2015 where he played a cunning boy, Fahad and impressed everyone in a powerful role. The actor, later, got busy in other projects on some other big television networks but is now all set to make a comeback on a channel that gave him the big break in the industry.

Agha Ali is really excited on his comeback on Hum TV and said that ‘it feels great to be back home again’.

“I can’t reveal much about the story right now but let me tell you that it feels really awesome to work with Hum TV team again and that too in a character that my fans love me to portray on screen,” he said.

Upon insist, the actor told us that his role has grey shades and it evolved as the story would progress.

“It’s a role of an extremely possessive angry young man and has negative shades too,” he disclosed.

Written by Seema Munaf of Khaali Haath fame, the drama has been directed by Asad Jabal and produced by Rafay Rashdi and Moomal Shunaid.

Other than playing the title role in the drama, Aagha Ali will also sing its OST.

“I can’t tell you a lot about the OST now as I haven’t composed anything yet as I have been too occupied with my musical album, Rockstar,” the actor further said.

Rockstar is Agha Ali first solo music album that will be exclusively released by ARY Musik all across the country.

“The first track of the album will be out soon and I’m just keeping my fingers crossed for this one,” the actor excitedly said.

As far as Band Khirkiyaan is concerned, the shoot of the drama serial will kick off from April 17 in Karachi. It will air on Hum TV in the next quarter of the year.