Shahood Alvi to play ‘callous rapist’ in iDreams Entertainment’s next 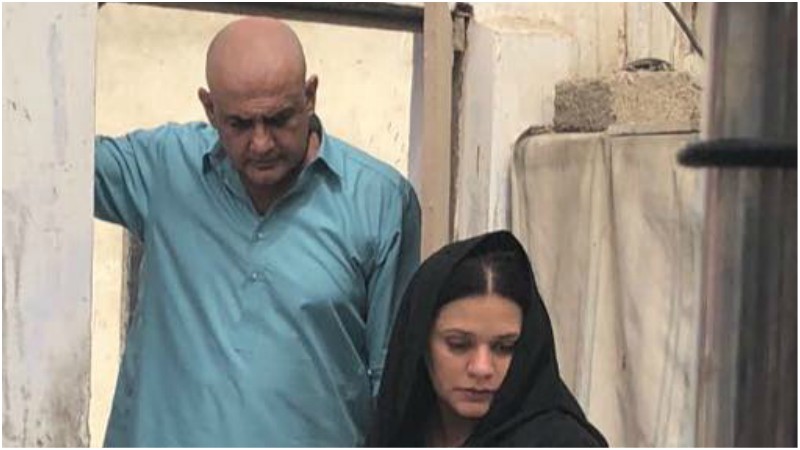 The multifaceted actor and director Shahood Alvi is all set to impress his fans in a negative role of a cold-hearted and insensitive rapist in iDreams Entertainment’s upcoming drama serial, tentatively titled as ‘Meray Khudaya’.

A picture from the shoot of the drama serial has recently been out on social media showing Alvi in an unseen avatar as a bald man dressed up in shalwar kameez with cunning expression on the face.

A source close to the production house told us about his role in the drama, “Shahood Bhai’s character is of a man who can’t control his inner demons. He manipulates situations, blackmails and then rape an innocent girl,” source said.

Our source further added that Saboor Aly plays the role of that innocent girl who becomes the victim of a heartless van driver that destroys her life.

“Saboor is playing the role of a collage going girl who was at the wrong place at the wrong time,” our source further added.

The shoot of the drama serial has already been kicked off in Karachi. The studded cast of the drama also included Zubab Rana and Salma Hasan.  It is expected to air on ARY Digital in the next quarter of the year.