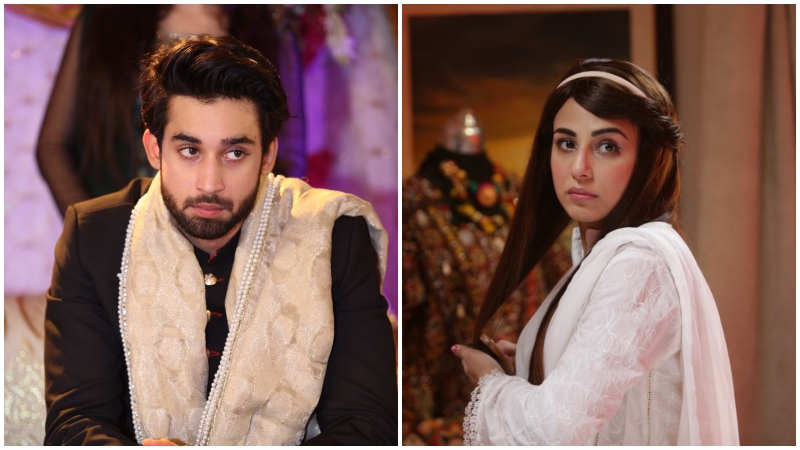 After giving a breath-taking performance in O Rangreza,  Bilal Abbas Khan is back with a bang. His upcoming serial, Balaa, starring the magnificent Ushna Shah is all set to kick off today on ARY Digital.

The promos of the drama have already been out introducing characters and the complexities of their lives.

Bilal Abbas Khan while talking about the character said that it has a lot of layers.

“My character, Taimor, in Balaa has a lot of dimensions. The character will undergo a complete transformation during his journey which I am sure audience will find really gripping,” he said.

Judging from promos we come to know that Ushna Shah’s character, Nigaar, has been suffering some mental disorder and she unintentionally creates problems for people around her.

Ushna Shah in a video interview told about the complex character of Nigaar.

She is the leading lady of the drama serial but at the same time she also plays the role of an antagonist by being the trouble-creator for her loved ones,” Ushna said.

The double episode of Balaa, will be aired tonight at 8:00pm to 10:00pm only on ARY Digital.