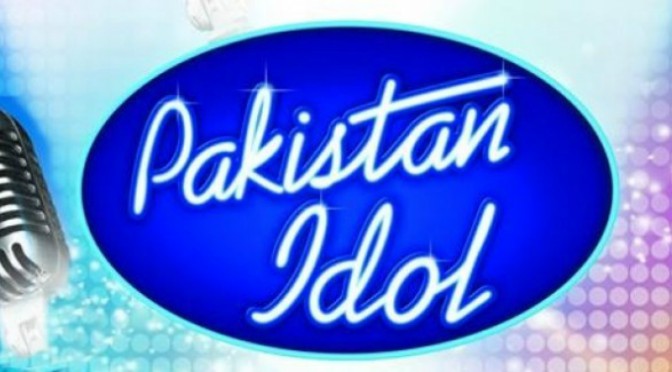 After a high gloss launch on Geo Entertainment music reality show ‘Pakistan Idol’ has gone in to hibernation. Sources have confirmed that there are no plans for a new season in the foreseeable future.

Pakistan Idol is part of an international franchise created by Simon Fuller. The Pakistan franchise is owned by Geo Network which acquired production rights in 2007 but couldn’t air then owing to several security concerns. The show was officially launched in September 2013.

While the show did receive high ratings it did not manage to garner a strong fan base like religiously followed Coke Studio or even garage band style NesCafe Basement.

Judged by Ali Azmat, Hadiqa Kiani and Bushra Ansari Pakistan Idol began with much hype in December 2013 but later become victim of countless controversies – from the non-selection of talented contestants Maria Meer to what many felt was unduly harsh criticism of potential singers.

But when small town Zamad Baig won the competition many aspiring singers sitting in remote areas of the country started looking forward to the show with a hope that it may turn their dreams into a reality too.

HIP contacted Pakistan Idol’s judge Bushra Ansari to ask if someone from the Geo Network has contacted her to continue her services as a judge for Pakistan Idol.

With the channel in what Ansari calls ‘crisis’ season two is not on the cards for now. Nobody has contacted me for Pakistan Idol. The channel is still struggling and I don’t think that they are planning for season two right now.”

Geo has been struggling ever since it was shut down after accusations of blasphemy on it’s morning show. The channel remained shut for months which did serious damage to its position. A case was filed against the morning show host Shaista Lodhi and owner of the channel Mir Shakeel-ur-Rehman. But the final straw to the events was made by cable mafia which illegally banned the channel transmission that led to the sudden drop in its viewership.

Since then bigwigs have left the channel including veteran journalist Azhar Abbas and Kamran Khan. These days the channel is busy attempting to regain it’s former glory and position by calling all old folks back n the team offering them lucrative salary packages.