Andaz-e-Sitam is an ‘old story’ wrapped in new packaging 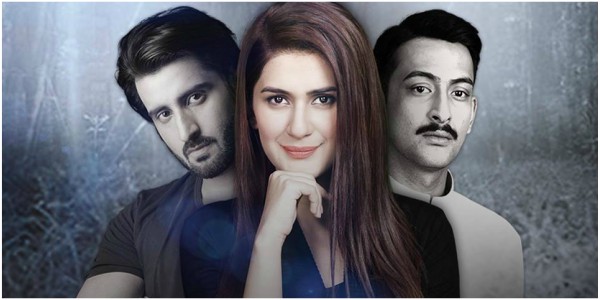 The moment I saw the promo, I got a sense of déjà vu.  It is a story of a young, effervescent girl, Ayat (Kubra Khan) who is left to face consequence of speaking truth and standing for the right.

Read: On sets of Mohsin Abbas and Kubra Khan Muqabil

The first episode kicked off with Isra Ghazal as a progressive women activist, Begum Nawazish Ali, holding a press conference, appreciating government for passing a bill for women security. The elite-class activist got pissed when a reporter questioned about how she would relate to problems of women who didn’t belong to her class. Although the corrupt activist didn’t reply to him but she promised herself to teach him a lesson for humiliating her in public. Next in the frame was Begum’s spoilt son, Wamiq (Agha Ali) – an outrageous flirt who liked to play with girls’ emotions. Aggressive by nature, he was among those people who didn’t like to hear ‘no’ in their lives and considered every other person as their slave. It was a good change to see Agha Ali in a grey character as he had mostly done positive, obedient-type role. There isn’t any doubt that Agha Ali has that X-factor to make big in the industry but so far he hasn’t got a chance to outshine in any drama. We hope this role will give him an excellent chance to prove his versatility.

Read: On sets of Hania Aamir and Ali Abbas, Titli

The other important part of Andaz-e-Sitam is our leading lady, Ayat.  An apple of her family’s eyes she is bhabi’s best friend and brother’s crime-partner. Shown as a fun-loving person, she likes to enjoy every moment of her life. Ayat recently returned from abroad and celebration in the family was going on after her arrival. Apart from the loving family, Ayat had a silent admirer, Salman (Faaris Shafi) – her bhabi’s brother who loved her badly but couldn’t express his feelings.

Ayat’s family was rejoicing and enjoying without knowing that something bad would going to happen to them soon. The promo of next episode shows  Ayat confronting Wamiq for misbehaving with her younger brother. The bad guy threatens Ayat  for lodging complaint against him in the university.

When I first watched Na Maloom Afrad, I literally didn’t notice Kubra Khan in it. She looked beautiful but hardly had notable part to play in the film. Hum TV’s blockbuster serial, Sang-e-Marmar has brought her into limelight and with Muqabil she has proved that she is here to stay. Now, in Andaz-e-Sitam, she once again impressed us with her cute act. Although the introductory episode doesn’t give us much idea about her role but promos indicates that she has an important part to play.

The tall and dark, Faaris Shafi, also got our attention as Ayat’s lover. We loved his poetic talk and sober avatar. Isra Ghazal as an elite-class corrupt activist has also left her mark. We still have to find how her involvement will bring major changes in the story.