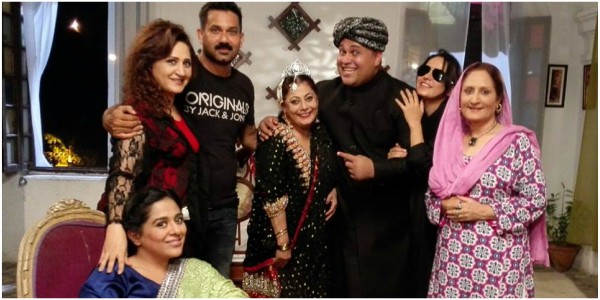 In our surroundings we often encounter individuals who are extremely rigid in following their religious beliefs – and sometimes they go to such extent that they make the lives of people living around them absolutely miserable. Fasih while talking to missdramatic.com  said that he was aware of the fact such issues spark controversies and to deal with it he has tried to tone down the severity with satirical dialogues.

“My story has different sub-plot – at one point it looks like a beautiful love story and at the same time it also presents complexities of human behaviour which changes due to their socio-economic  surroundings,” he added. Just like ‘Quddusi Sahab Ki Bewah’ this new drama also featured a bunch of annoying ladies who live alone in a big haveli. They don’t like to see man around them so they have kept a lady driver to earn their daily chores. “I have added another very interesting track in the drama – and it is about women who became victim of their own set standards and principles,” the writer said  while revealing further details of the project.

The storyline sounds interesting and with veterans like Mazhar Moin, Fasih Bari Khan and Hina Dilpazeer on board this drama is sure to be on my must-watch list of this season.