Miss DramaticSpice up your life with showbiz tadka.
Home celeb scoop Here's what Shaista Lodhi is up to now...
celeb scoop

Here’s what Shaista Lodhi is up to now… 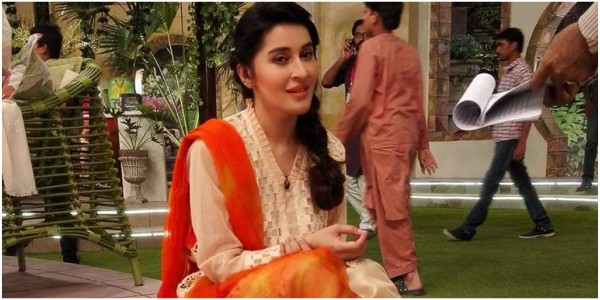 Although the second innings of Shaista Lodhi as a morning show host hasn’t been as successful as her first ones – but it has hardly affected her celebrity status. She has often been spotted endorsing different brands and has attended several social events.

Read:  Shaista Lodhi all set to reclaim her foothold in the industry We recently spotted her on the sets of an upcoming drama serial. Her presence was a big surprise for us as we had never thought about meeting her at such a location. Her presence, of course, raised several questions in mind. Is it she producing or directing a drama serial? Has she visited the set to support a friend or working in dramas is on her mind? We check her Instagram and Facebook feed to know her next move in showbiz but to our surprise, there wasn’t anything related to it on social media. We phoned relevant sources to get all deets and guys what we found was something really big. The morning show host is making her acting debut with a leading production house. The details of the project have been kept under wraps but we hope that project to be a good addition to Shaista Lodhi’s career.