Miss DramaticSpice up your life with showbiz tadka.
Home Drama Reviews Sang-e-Marmar is a story of love, betrayal and revenge
Drama Reviews

Sang-e-Marmar is a story of love, betrayal and revenge 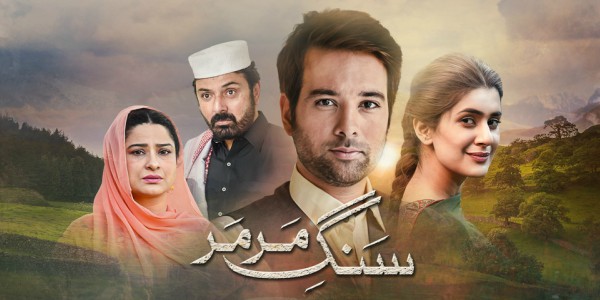 Hum TV continues its tradition of entertaining its viewers with enchanting drama serials and their latest offering; Sang-e-Marmar is another great production.

Starring multifaceted actors Noman Ijaz and Sania Saeed the drama is a saga of love, betrayal and revenge and lies that can destroy families and relations. The story revolves around childhood friends Shireen and Aurang. Shireen grows up thinking that Aurang is her life partner while Aurang always considers her as a good friend. In the pursuit of his dreams, Aurang forgets about his childhood friendship. Shireen feels betrayed and embarks on a series of vendettas that fill both the families with hatred and animosity and they become sworn enemies. Will Shireen ever realize her mistake? Will she be able to extinguish the fire that she has ignited for herself and those around her?

To find out, watch Sang-e-Mar mar only on HUM TV.