Exclusive: On the sets of Sana Shahnawaz’s upcoming serial ‘Bekhudi’ 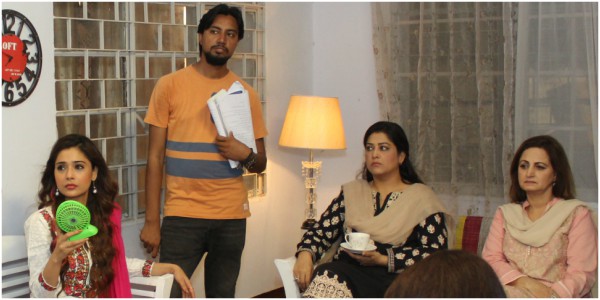 It was another hectic day at work but a phone call turned it into an exciting experience.

Mann Mayal producer Sana Shahnawaz had arranged a special meet-up with the cast and crew of her upcoming serial, Bekhudi and she wanted me to be a part of it. Although the call was made at a short notice but it was worth opting for. 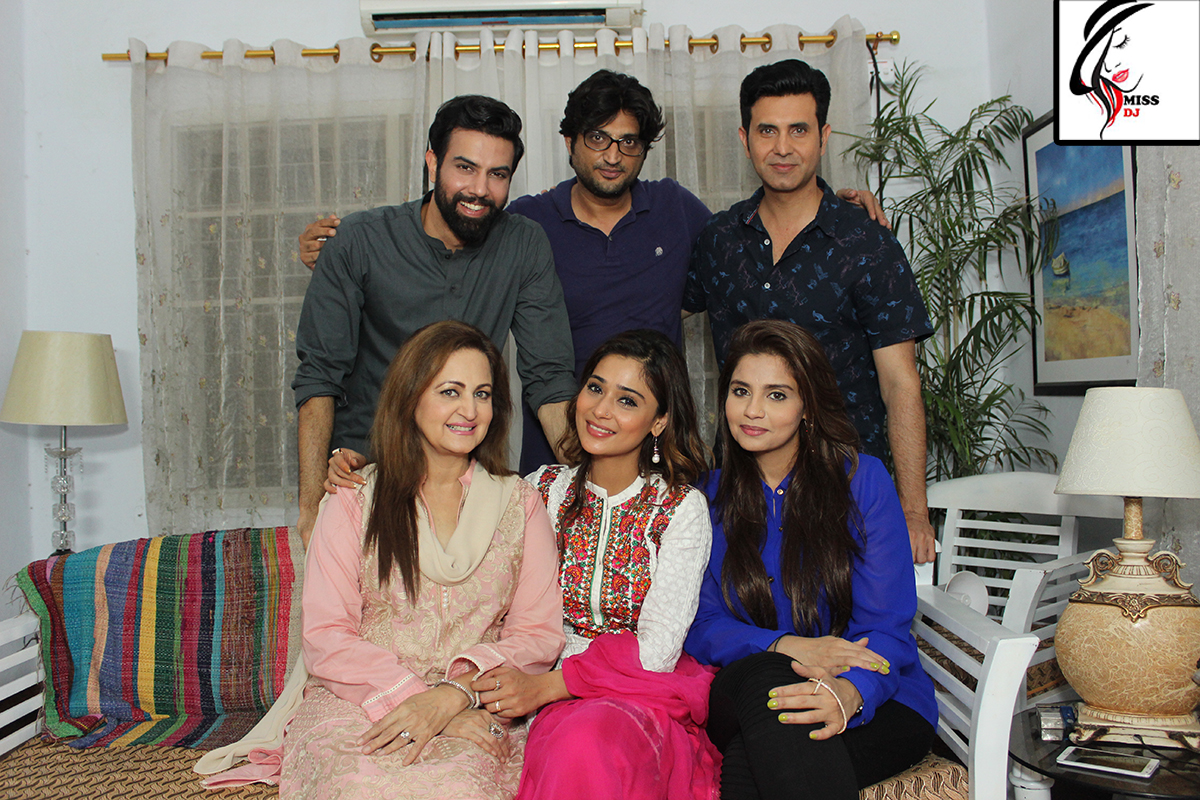 The project has been launched in a joint collaboration between  Humayun Saeed and Shehzad Naseeb’s Six Sigma Plus and Next Level Entertainment – a production house jointly owned by Samina Humayun Saeed, Tariq Shah, and Sana Shahnawaz.

I rushed out to reach Sana Shahnawaz’s  guided location – it was an old but well-maintained haveli near CM house. The venue wasn’t new for me as I had been there twice – once for the shoot of Mann Mayal( it was Manu’s house in the drama) and later for Humayun Saeed’s drama Dillagi (Anmol’s house).

As I reached the location, I saw Zainab Jamil and Hajra Khan roaming around in the garden. Inside the haveli, the director Aabis Raza was waiting for his team to make arrangements for the next scene. While our Indian guest, Sara Khan, was upstairs and getting ready for the shoot.

As the cast was getting ready we decided to initiate our conversation with the director.

Aabis Raza is among the finest directors of our drama industry. He enjoys working with issue based topics and makes them interesting with his unique story telling techniques. 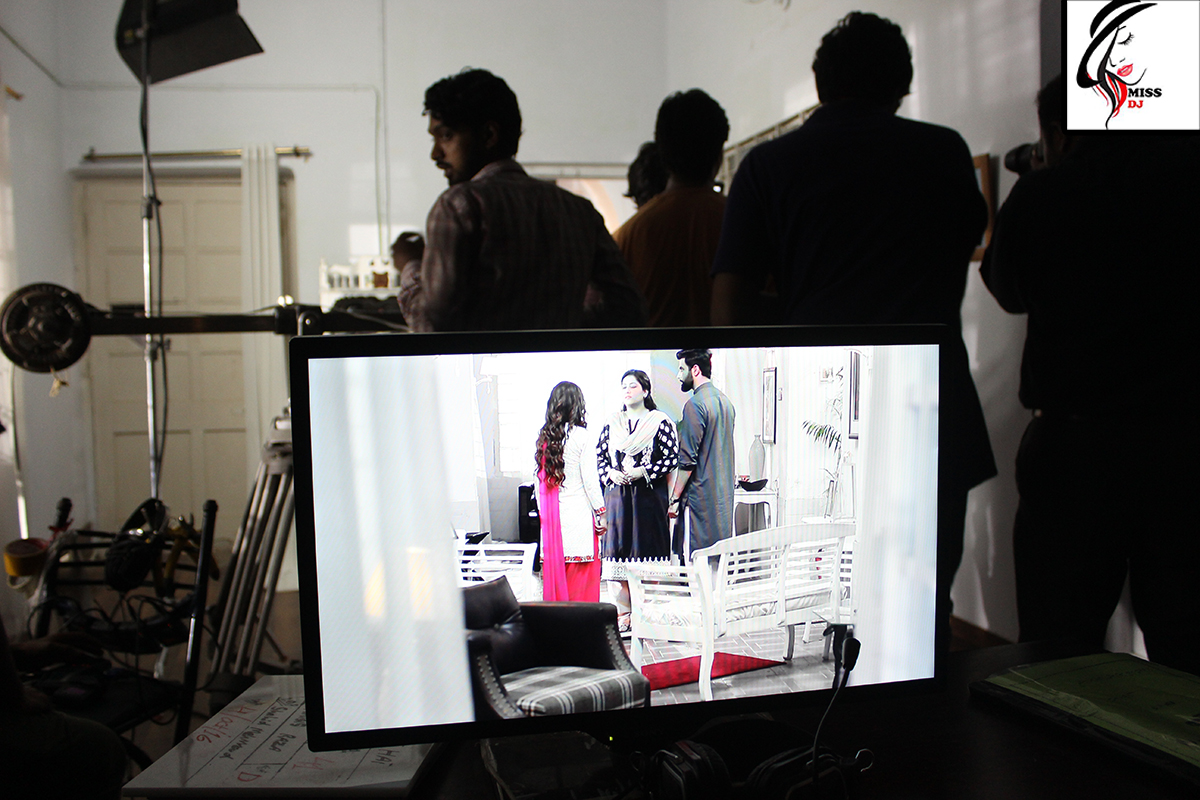 While talking about Bekhudi he said that it’s a family drama with several interesting subplots adding layers to the main story.

“Our drama is based on a popular belief that whatever you do, Allah is watching you. So if you do anything wrong and walk away thinking that nobody will question you about it – then you are absolutely wrong. A time will come when you have to confess your sin and face karma,” he said.

When we asked director about casting an Indian actress he said that most of our local actresses aren’t available in their required time period. 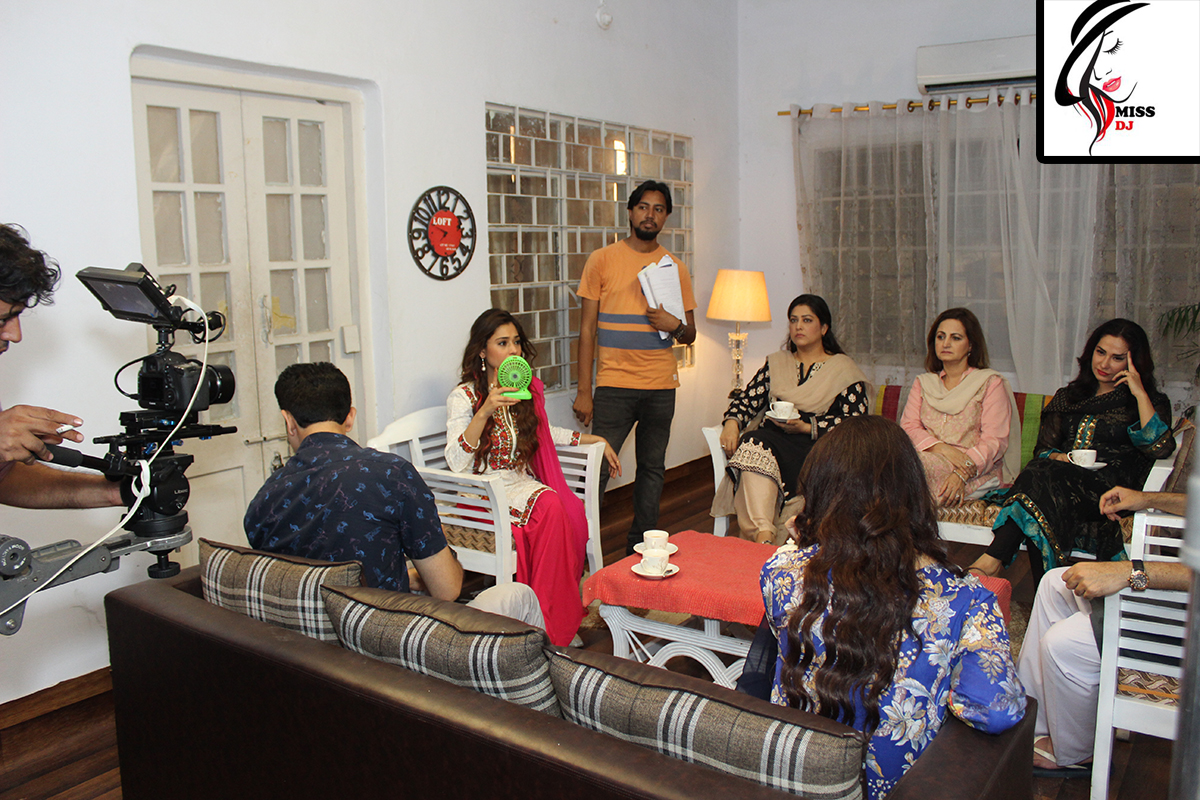 “There weren’t any marketing gimmicks involved in casting Sara Khan in this serial – we were initially looking for some local actress but as most of them were busy in movies and had tight schedule we opted for someone across the border,” he added.

Read: On the sets of Mann Mayal

He also said that Sara behaved like a thorough professional and put her heart and soul in the project.

“Indian actresses are in habit of working in luxurious conditions  – with private vanity vans and make-up artists working for them. Although Sara didn’t get any facilities here but she never complaint about it and kept her focus only on work,” Raza added.

“It’s a positive role and a very crucial one providing great support to the lead characters,” she said.

Bekhudi hero Noor Hasan said that the drama is about repercussions of a certain moment.

“As people we all take good and bad decisions in life and they don’t necessarily make us a good or a bad person. This drama is also about such decisions and its consequences,” he said.

Noor Hassan added that although the story plot wasn’t entirely new but the unusual execution would definitely make it different than the rest. 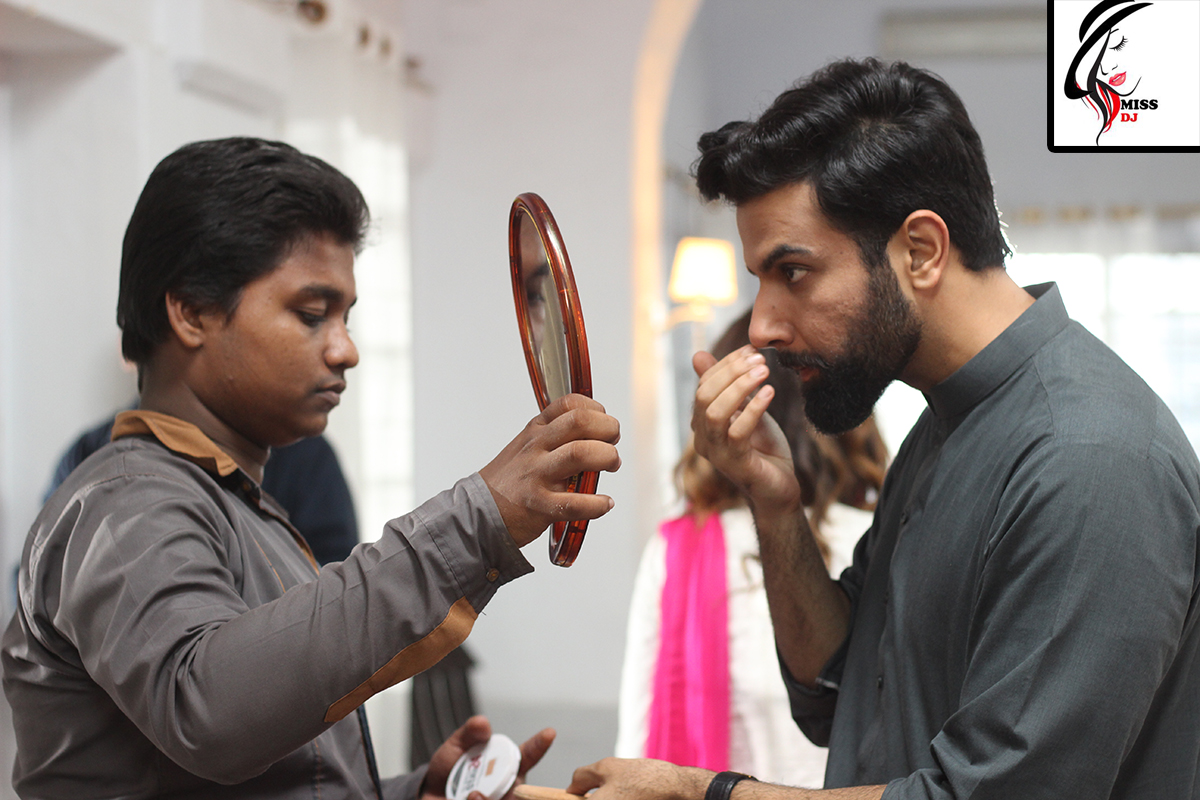 The girl who plays Manu’s elder sister in Mann Mayal, Hajra Khan, has also played an important role in Bekhudi. She plays Noor’s sister in the drama. This is what she said about her role in the drama.

“I play an emotional character in the serial. She is strong and masters the art of keep secrets,” Khan said. 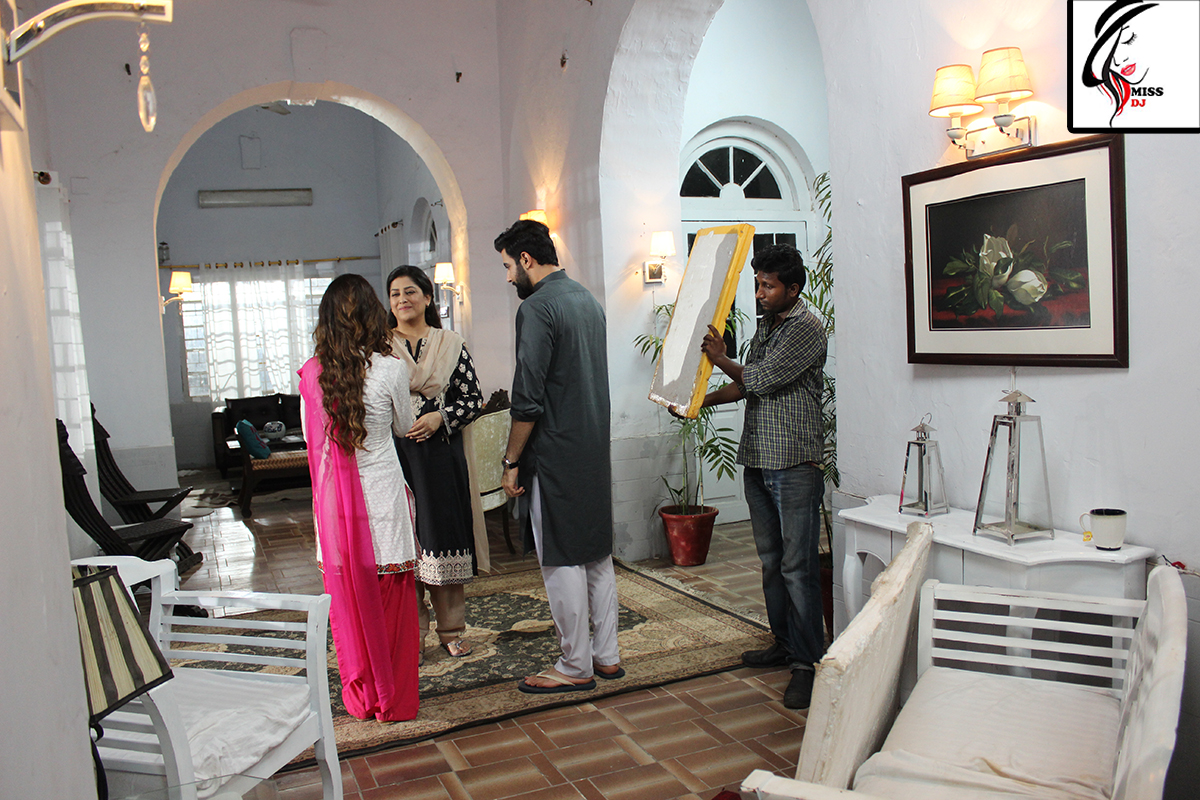 Last but not least we got a chance to speak to Sara Khan. Talking about her love for Pakistani dramas she said that her nani motivated her to work in it. 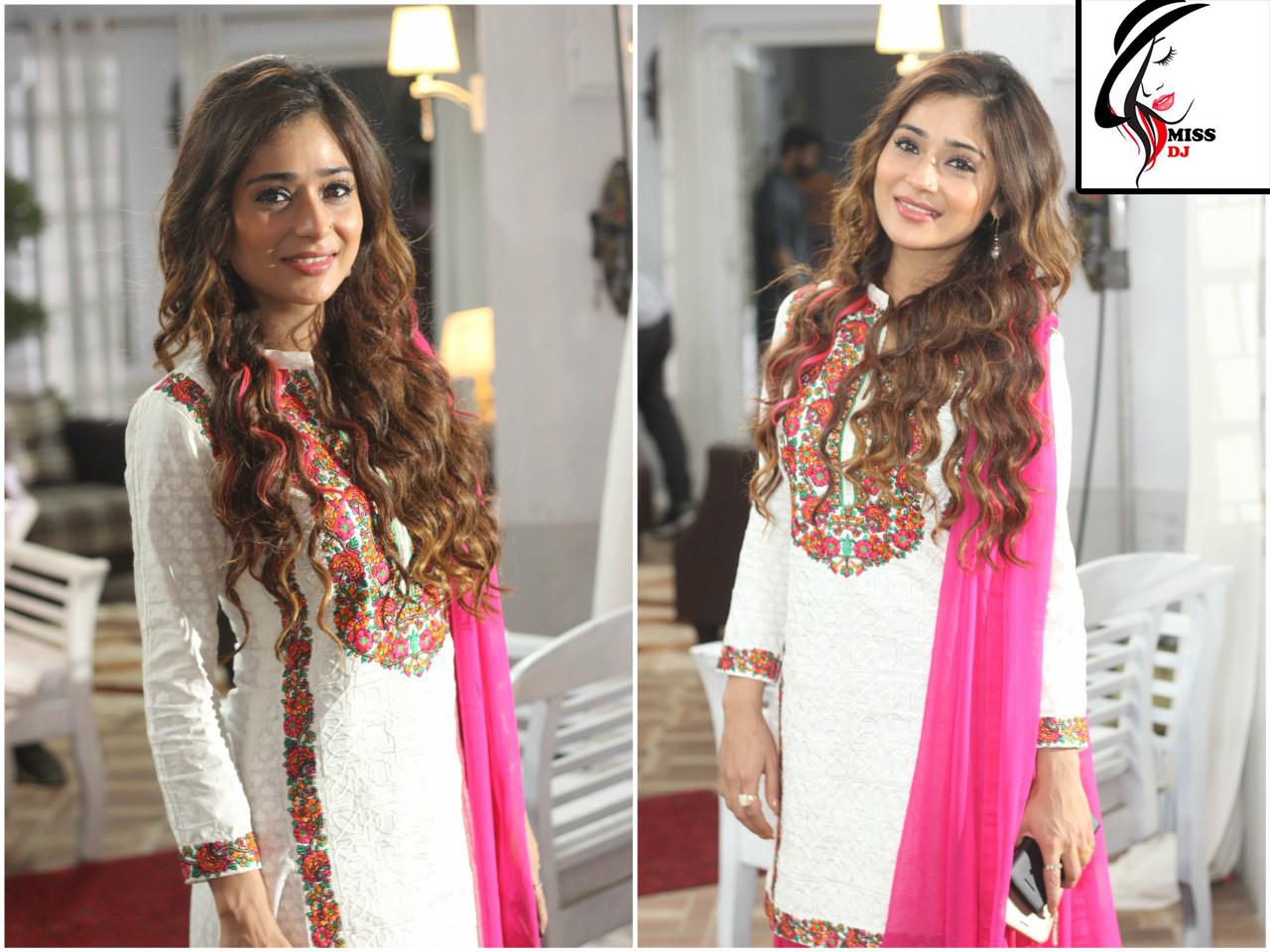 Sara Khan has played a lead role of a young girl, Fiza, in the drama.

“Fiza is very bubbly, responsible and highly ambitious – in short you can call her parhai ka kera. She is full of life and enjoys every moment but at the same time she values family norms, Sara Khan said while talking about her role in drama.

Bekhudi is currently in shooting stage and it will air on ARY Digital in new quarter.