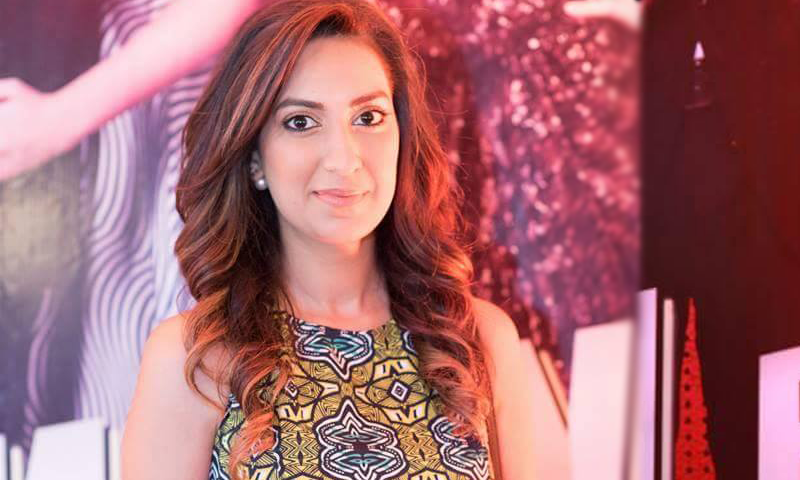 Who doesn’t want to look beautiful like a film actress in the real world? Well, all of us admire the beautiful faces onscreen, but only a few of us know the amount of hard work required to get that glam look on screen.

Showbiz stylist Madiha Qaiser helps our actors to make their on-screen character look real and familiar with their styling creativity. Starting her career as in-house stylist, she has worked with big names of the industry like Maram and Aabroo and Tariq Amin. Her big break came with an offer to style Sanam Saeed in her upcoming film Bachaana. But before the film released, she received another request from actor/director Adnan Sarwar for the look of his biopic Shah.

HIP recently got a chance to chat with Madiha Qaiser about her experience styling the whos who of our industry. Read on to see what she had to say.

Please tell us about yourself and your career so far?

Our industry is still in the developing phase so it wouldn’t be fair to compare it to Bollywood or Hollywood at this point. At the same time we are highly competitive and I have no doubts that we’ll get to that level sooner or later.

Films are all about team effort. I had a few meetings with Nasir Khan, who is the director of the film regarding the looks of each character long before we started shooting. We decided on five looks for Sanam’s character and after much trial and error, we narrowed it down to two final looks that best suited both her and her character.

Tell us about you and your previous experience of working with celebrities in different movies and dramas, especiallyShah?

Like any other film, I did a lot of research before we started shooting. For Shah, all the focus was on making the characters look as realistic and relatable as possible. Since there were so many scenes that required fake blood, bruises and wounds, it was quite tough to maintain the consistency of the special effects makeup. However, it was equally exciting and enjoyable.

There is no straight path to this profession. I can only say that this profession demands long hours, creativity, talent, professionalism, and an open mind. If you work hard and work smart, things will surely fall into place. Social media also plays a big role in this day and age, especially in the creative fields. I was blessed to have great mentors that always supported me and gave me solid advice. Following other successful professionals can certainly be a source of guidance for new and upcoming professionals.