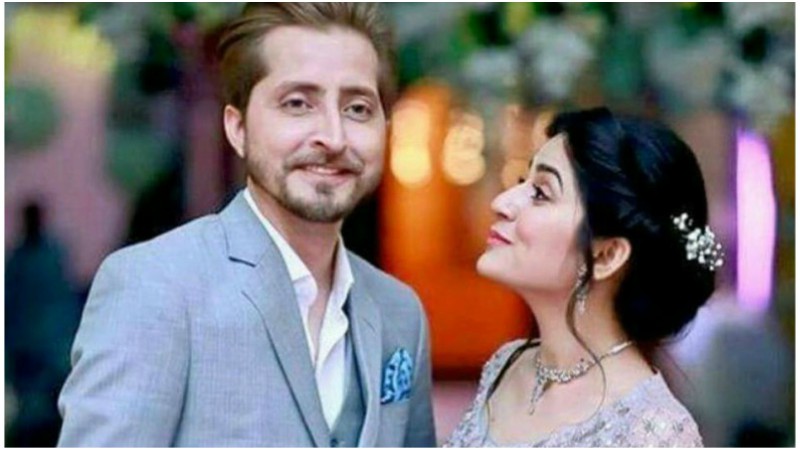 With the dawn of a new day we woke up to a sad news about the separation between ARY News morning show host Sanam Baloch and her husband Abdullah Farhatullah – but before responding to the news we first try to confirm it from the sources close to the actress.

A source close to Sanam Baloch in a telephonic conversation confirmed Celeb Dhaba that her relationship with husband Abdullah Farhatullah is still intact and they haven’t parted away yet.

“Their relationship hasn’t ended yet and they are still together. However, there are some difference and the couple is trying to sort it out but no final decision has been taken so far,” our source told us.

He further added that if anything would have happened in their relationship then Sanam Baloch would be the first one to openly disclose it in public.

“Sanam Baloch doesn’t want to discuss her personal life in public but as far as this issue is concerned, if anything has happened she is the first one to say it aloud in public rather than hiding it,” he further added.

The speculations about Sanam Baloch’s separation with husband started doing the rounds yesterday night when she changed her surname on her official Instagram account from Sanam Abdullah to Sanam Baloch Hisbani.

When we asked our source about it he had this to say:

“While her official name has always been Sanam Baloch and even after her marriage she hasn’t changed it so I don’t know why people has created so much chaos on her surname now, That was done because she wanted to keep her Surname and cast under the light,” he said.

After this confirmation from Sanam Baloch’s spokesperson we really wish that everything is fine between the lovely couple and we really love to see them together.