Is Mahira Khan too masoom for Bollywood? 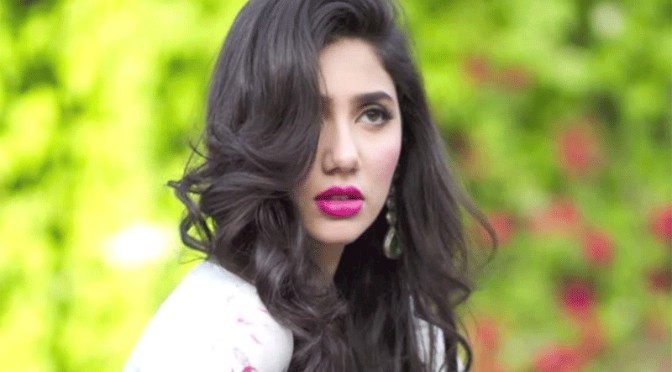 The talented television actress’s climb to fame has always been based on her ‘good girl’ image. Starting with her giggling VJ days on Aag to her first drama role as a trusted friend Aaila in Mehreen Jabbar’s ‘Neeyat’ she has has been one of the sweetest ‘naeek parveens’ of Pakistan’s small screen. Now that she moves towards her first Bollywood project the question is will she able to leave the typecast behind?

Of the three movies at least two of them feature Khan as a girl next door – as a Gujrat based Muslim wife of King Khan in ‘Raees’ and a traditional Pakistani girl Saba in ‘Bin Roye Ansoo’.

The video jockey turned television actress’ USP has always been her innocent charm with which she brings a new life to the same old characters being offered to her time and again. After giving a memorable performance in ‘Humsafar’ it was tough for her to again live up to the audience expectations – but Sarmad Sultan Khoosat’s Shehr-e-zaat’s popularity proved her acting prowess and strong on-screen presence.

In her current on-air drama serial ‘Sadqay Tumhare’ she plays the role of rural teenage girl who is determined to marry her childhood fiancée but cannot do so without the consent of her parents. The innocent romance of a ‘gaon ke gori’ has certainly touched viewers hearts – and the credit of course goes to Khan who remains beautiful despite her no-makeup look.

As far as her Bollywood debut is concerned I am look forward to it – not only because it will feature the beautiful couple of Pakistan and India’s top Khans but it will also give the actress opportunity to remain in her comfort zone and she will undoubtedly thrive in the character too. Plus she couldn’t have a better co-star than King Khan for her very first project in Bollywood.

The real test for Mahira Khan will actually begin after ‘Raees’.

Bollywood is known for its sex appeal and glamour, will good girl Mahira Khan be able to transform into a sensual and modern contender in the cut throat industry?

There is a little doubt that Khan’s movie will be more successful than Humaima Malick’s ‘Raja Natwarlal’, Imran Abbas’s ‘Creature 3D’ and Sara Loren’s ‘Kajraare’.

The real question is not will Mahira Khan’s first film be a hit but will her second?

Her sweet demeanor and masoom image which made her a star in Pakistan is exactly what may be undoing her in overtly sensual and ostentatious Bollywood.

However, the very fact that she was cast in ‘Raees’ and the success of new channel Zindagi prove that Indian audience do value authenticity as much as item songs. Like Fawad Khan, she is full of simple, unvarnished talent.

Will the industry re-package her and turn her in to a Bollywood clone or embrace her for the unique beauty that she is?

I genuinely hope that they will leave her alone.