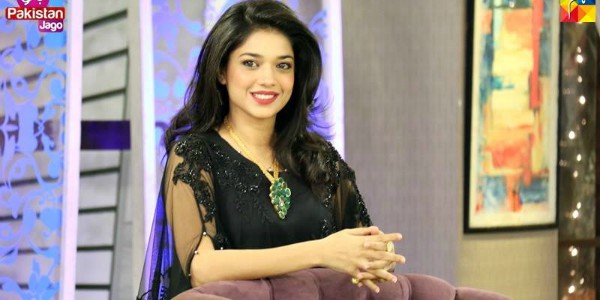 ‘Jago Pakistan Jago’ permanent host Sanam Jung, after a small hiatus, is all set to return to television screens from February 14.

She took a break of almost a month for her wedding and now she would resume her duties as a morning show host with a Valentine’s Day special show. The channel released a special promo announcing her comeback. Take a look!

In Sanam Jung’s absences, film actress Noor was hosting the show in her usual elegant style.