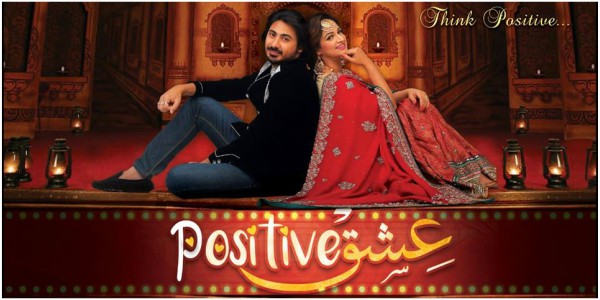 Actor turned director Noor Bukhari is all excited to give young actors a chance to emerge as true stars.

The actress at the presser of her upcoming film, Ishq Positive, said that she owed a lot to this film industry and time had arrived to return it by making good movies.

“Someone makes me a star and gave me break at a time when I was nobody. Now it’s my responsibility to give young people a fair chance to show off their skills”, she said in an exclusive rendezvous with us.

Staying true to her words she has given the big break to two youngsters in her film – Hamid Ali Khan’s son Wali Hamid Khan and her younger sister Fariha Bukhari.

Noor’s directorial debut film, Ishq Positive, has been produced by UK-based Shazia and Kashif Latif and it has been penned down by  Suraj Baba. The ensemble cast includes Bollywood stars Sonu Sood, Durdana Butt and Saud.

It wasn’t an easy decision for Noor Bukhari to take up a charge as a director of the film (it was earlier directed by the veteran filmmaker Sangeeta.)

“When Sangeeta jee left the film I had to take her position. Initially, I was a bit nervous but with time I gained confidence. I was in the habit of throwing tantrums at my directors but after taking the charge as the captain of the ship, I learned to be patient, calm and focused.  I was managing everything on the sets – from reviewing scripts, finalize locations to make food arrangement for the crew,” she added. 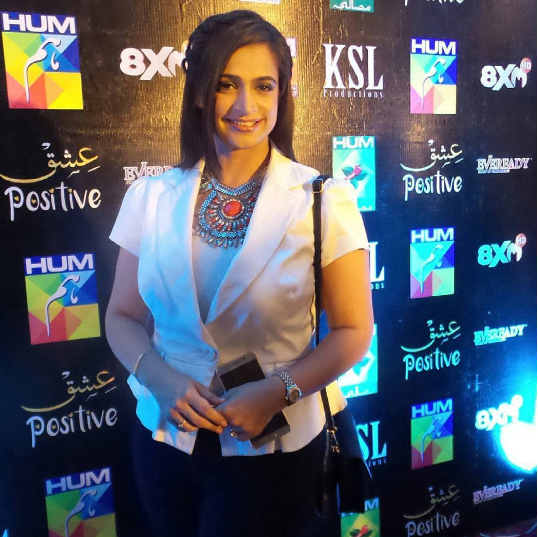 Noor reshot the entire film to infuse her original flavor to it. It also put pressure on financiers as they had to again bear the hefty expenses of redoing everything but they agreed to give it a shot for the sake of originality.

She didn’t hesitate in saying hat her film might have flaws but she was sure that the outcome would be impress enough to touch audience’s hearts.

It was a memorable evening for young actors, Wali Hamid Khan and Fariha Bukhari. They were thrilled to be in the limelight at their very first interaction with the press. While Fariha was busy in taking her selfies, Wali Hamid Khan didn’t spare a moment to capture everyone’s attention. He enthralled the audience with an electrifying performance on his song, Dil Ka Paanchi.

Wali Hamid Khan while talking to the media said that acting was a natural calling for him.

“I always knew that one day I’d make my way to acting. Even while performing on my songs I used to bring extra energy on the stage with my expressions and dance moves,” he said.

“I was studying accountancy in Manchester when they called me for the audition. They were looking for a new face and fortunately I had all the qualities to fit this role,” she said.

The film has 8 beautiful track composed by Kamran Akhtar, Wali Hamid Ali Khan & Saji Ali. The film is slated to release on July 22.