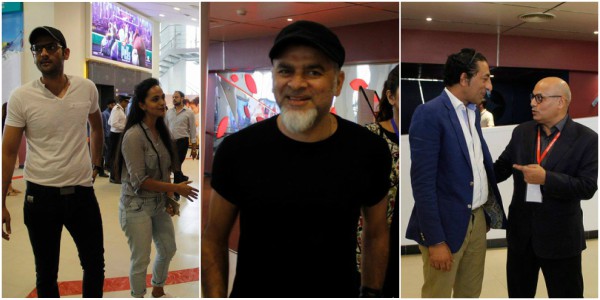 A bevy of local stars turned the private screening of Salman Khan’s recent blockbuster, Sultan, into a star-studded affair. A new crop of Pakistani film directors – Wajahat Rauf and Asad ul Haq was also among the attendees. Leading names of Pakistan’s advertising and styling arena were also spotted at the event including the multifaceted Ameena Khan and make-up artist Beenish Pervaiz. Headed by Khalid Ali, Crew Films aims to take the local industry to international standards. The production house has currently been working on four feature films including Ishq2020 and an untitled film directed by Danish Nawaz.

Starring Dabaang Khan and Anushka Sharma, Sultan has collected over Rs 350 crore within 10 days of its release in India. The film has done a record business in Pakistan where it earned Rs 15 crore in first five days of release. It is still going strong in Pakistan and is running to packed houses all across the country.