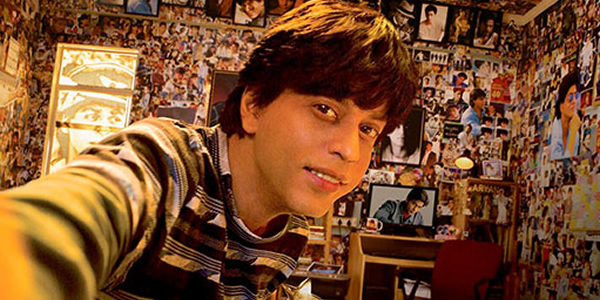 King Khan much-awaited film Fan has finally hit theatres – and you must not be surprised to know that Bollywood fraternity is all praise for it.

While there is a long queue awaits us at ticket counter we decide to take a look at what our favourite stars said after watching the film. Check out these tweets and I am sure they will increase your curiosity about the film just like us.

SRK IS FAN, AND FAN IS SRK. He becomes Gaurav, Aryan and you forget SRK! But its him 🙂 Surreal experience !!! @iamsrk #Fan

Twitter is going crazy about #Fan !!! Excitement building up to some other level.. #WantToWatchItNow! I LOVE YOU @iamsrk 😍😍😍😍😍😍😍

My dear @iamsrk I'm fed up of staring at this Fan. Dying to watch your #Fan. Good luck for the release. pic.twitter.com/NUSEFfIzYf

@iamsrk receiving humongous praise for his career best performance!!!! #fan!!! Way to go Bhai!!! You deserve all this love and more!!!!

Adrenalin pumping….cinematically brilliant and a huge achievement….@iamsrk is absolutely genius and beyond!!! Salute and applaud #FAN

Absolutely excited to watch @iamsrk in & as #FAN. All the best. This one's going to be a killer one. Love always! ❤