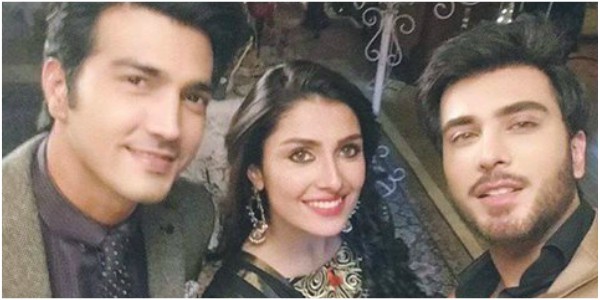 The promos of drama have already been out indicating it as a love triangle of Imran Abbas, Ayeza Khan and Shehzad Sheikh.

So far we don’t know much about the story but it’s confirmed that Ayeza will play the role of young girl, Maheen. She has replaced Sajal Ali who has been earlier chosen for this role. The OST of the drama has been composed by Sahir Ali Bagga whereas ghazal maestro Rahat Fateh Ali Khan has sung the song.

Check out some BTS pictures.