Mahira Khan is an integral part of #Raees trailer 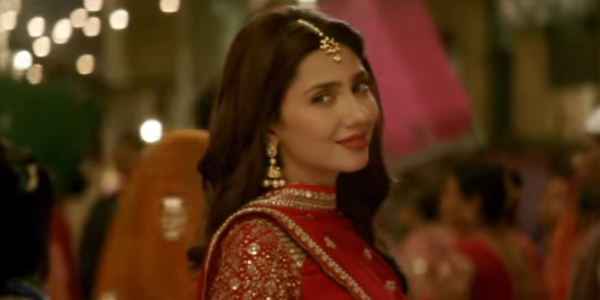 Mahira Khan’s Bollywood debut film, Raees trailer has recently been out – bashing all rumors it shows her as an integral part of the story.

Since a couple of days rumors have been riffed that Mahira Khan’s role has been chopped off in her Bollywood debut venture but after watching the  trailer I  am sure it is not going to be the case.

The three minutes long trailer has Mahira Khan in ten different shots – and she looks drop dead gorgeous in each one of them. In fact, the wonderful on-screen chemistry between Mahira Khan and SRK is highlight of the trailer. Directed by Rahul Dholakia the film is produced by Ritesh Sidhwani, Gauri Khan and Farhan Akhtar under the banners of Red Chillies Entertainment and Excel Entertainment.

As expected, the trailer has King Khan taking the lead as eponymous bootlegger and challenging him on every front is the multifaceted actor, Nawazuddin Siddiqui, as a dutiful police officer.

Read: Mahira’s dream to rule Bollywood is in vain

The intriguing trailer has it’s highs – I don’t know why but SRK’s look in it remind me of Sanjay Dutt’s Vaastav.