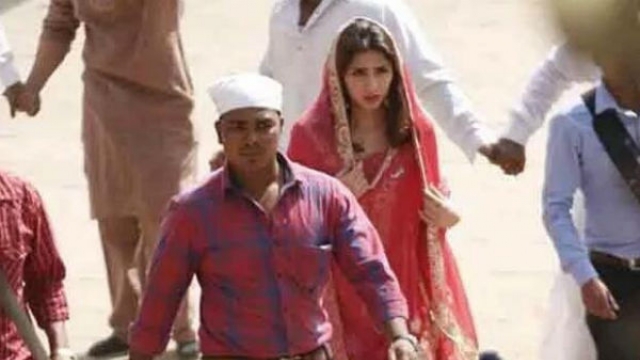 The wait is over. After much delay finally, we get to see the first look of the stunning Mahira Khan in Bollywood debut film Raees.

Dressed in gorgeous crimson red shalwar Kameez the dupatta clad Mahira Khan will surely win your hearts. Check out yourself!

Directed by Rahul Dholakia the film is produced by Ritesh Sidhwani, Gauri Khan and Farhan Akhtar under the banners of Red Chillies Entertainment and Excel Entertainment. The film stars Mahira Khan, Shah Rukh Khan and Nawazuddin Siddiqui in the lead roles.

Set in 1980s Gujarat, the film tells the story of the eponymous bootlegger (Shah Rukh Khan) whose business is highly challenged and eventually thwarted by a police officer (Nawazuddin Siddiqui). It is slated to release on Eid.