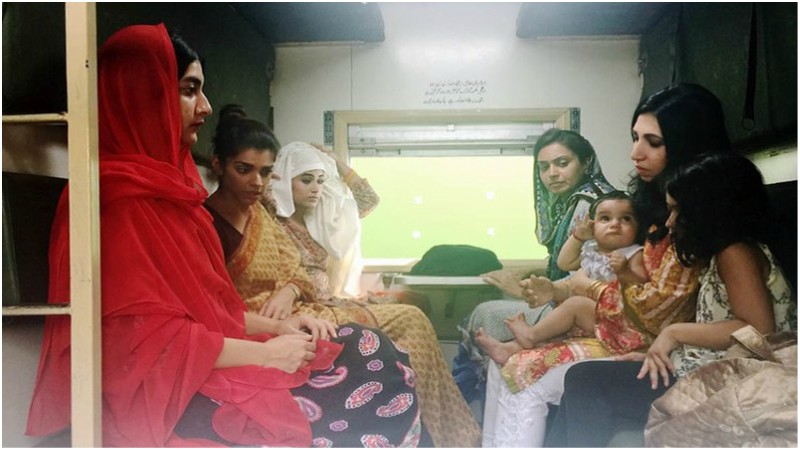 The drama was expected to go on-air in November 2016 but it got postponed for unknown reason.

Now, finally one of the lead actress of the mini-series, Sanam Saeed has confirmed that it would kick off next month on ARY Digital.

While talking about her role in the drama she said that she played a role of woman struggling with depression.

“I play a woman struggling with depression amongst other women struggling with issues in society,” Sanam said. “Since it is with the Kashf foundation, it is made for creating awareness and highlighting certain issues.”

Giving more details of the subject she added that it comprised of stories of seven women who meet on a train. The min-series is consisted of seven episodes and is expected to highlight topics like gender-specific issues, HIV, depression, mental health of women, drug addiction, prostitution and violence against women.

Written by Amna Mufti, the mini-series has been directed by Sarmad Khoosat.

“What I’m striving to achieve with this series is an honest, socially relevant, hard hitting story that provokes thought and reaches a wider audience. Even if it impacts one person, I will feel that the drama has accomplished its goal,” stated Sarmad Khoosat, in a press release.