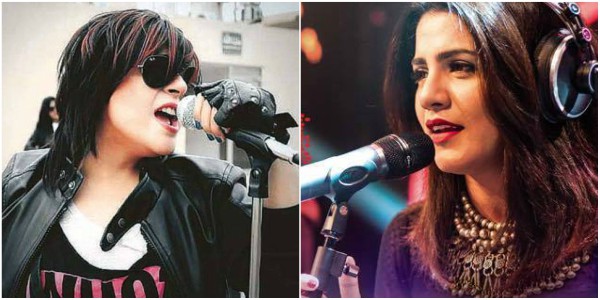 The video of both songs have been out – while Faiza Mujahid’s song is an upbeat track (Jeene De Mujhe) QB has tried to play safe with a soulful song, Kari Kaari.

Faiza Mujahid is one of the most talented female vocalists in Pakistan has sung number of hit OST songs for Pakistani Drama’s. She has also featured some beautiful hits such as Khuda Kai Liye’s hit song ‘Bandeya Ho’ and hit single ‘Meri Zindagi’ as well as superb song on women empowerment ‘Uth Oye’.

Humsafar fame QB has been known for her distinct voice and unique singing style. The recipient of Pakistan’s Youngest Achievement Award UK looks for inspiration in the work of legendary singers like Abida Parveen, Nusrat Fateh Ali Khan and Reshma.

Directed by: Aniruddha Roy Chowdhury the film is a social thriller that reflects on the dubious morals of today’s times.