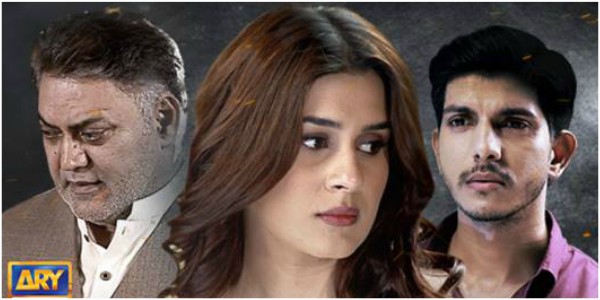 ARY Digital’s currently on-aired play, Muqbail, has all the right ingredients to hook the audience to their television screens.

The mystery behind Pareesa’s past has finally revealed making her inclination towards Mehmood sahib’s son, Armaan, quite obvious. She doesn’t want to marry Armaan because she is in love with him: in fact, it’s her way of taking revenge from Mehmood sahib.

Her mother’s loyal manager, Mehmood, has taken away the beauty of an innocent girl by abusing her in her parents’ absence. The trauma leaves horrified effects on Pareesa’s personality and she can’t come out of it even after years.

Now she wants to take revenge from Mehmood sahib by entering into his house through his son. The boy is, of course, unaware of Pareesa’s motives and is unable to understand the reason behind her sudden inclination towards him. He takes the help of an old friend to get rid of Pareesa but unfortunately, couldn’t succeed.

Read: Andaz-e-Sitam is an old story wrapped in new packaging

The drama has reached its highest point where we desperately wait for every episode to know what will happen in Pareesa’s life next. After Tanhaniyan, this must be one of the memorable roles of Asif Raza Mir – presenting him altogether in a different light. The scene where he was telling Pareesa not to marry his son immediately grabbed your attention – those red eyes filled with aggression warning her to not mess with him but his body language was saying another story.

I loved Saba Hamid as an elite class mom of Pareesa, although she can’t give proper time to her children due to hectic routine but it doesn’t mean she doesn’t care about them.  She often discusses the condition of Pareesa with her best friend and seeks her help in this regard. When Pareesa decides to marry Armaan, she tries to tell her the ins and outs of a new relationship. She also has several interactions with Armaan to know his interest in her daughter.

Saife Hasan has done a great job as a responsible and caring father but for me, the star of the drama has always been Mohsin Abbas Haider and Kubra Khan.

Kubra Khan is bang-up, she is evolving herself with every performance t- be it traditional Pashtun girl of Sange-e-Marmar or modern Pareesa of Muqabil. She has wonderfully portrayed the confusion and break down of a physically abused girl with perfection. Mohsin Abbas Haider also deserves a pat for portraying a normal middle-class struggling guy with ease.

Now coming to the director, I must say that Ali Hasan has tackled the sensitive topic very sensibly. He showed the rape scene with maturity – conveying the message but at the same time not making it look distasteful. The writer, Zafar Miraj, has done a magic with his pen by jotting down some of the touching scenes and dialogues in the serial.

If you want to know what will happen in Pareesa’s life watch Muqabil every Tuesday at 8:00pm only on ARY Digital.