Pepsi Battle of the Bands kicked off on a promising note 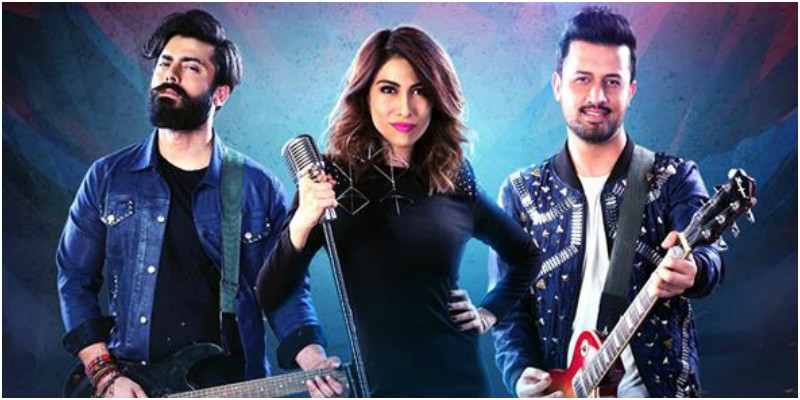 If you love to hear the original sound of a new generation of Pakistan then never miss out on any episodes of recently started musical competition, Pepsi Battle of the Bands, on television.

The one-of-its-own-kind show is an excellent platform for aspiring musicians to make big in the industry. Popular bands of our time including Aaorh, The Meekal Hasan Band and Entity Paradigm (EP) all have used this platform to get nationwide recognition.

The host, Ayesha Omer, revealed the big prize the winner of the title would be taking home –it included album deal and concert across Pakistan and of course nationwide fame and recognition. The band members would also get lifetime royalties on all the music they produced during the show.

The format of the show is pretty simple – judges will shortlist 20 bands out of hundreds of participating bands and among them, only six will be competing for the title.

As the show started, the sleek set in Pepsi’ traditional hues captivated our attention. While Meesha Shafi and Ayesha Omer impressed us with their super chic presence, the boys (Fawad & Farooq) weren’t less than them in style.

The participating bands brought their uniqueness to the fore – from the vocals, sound, beat and style. Each one of them tried to impress the judges with their raw, edgy and ready-to -fight attitude.

The first one to make the mark was Naksh, a five member band with a female vocalist, Mehek. Judges were thoroughly impressed with their version of Sajid Ali’s popular number ‘Bolo Bolo’.

The next band, Positive, brought the ethnic sound of Sindh region with the brilliant interpretation of Allan Fakir’s Kalab – the amazing use of tabla further adds charm to their performance.

Jasim & the Pindi Boys brought flavours of a soulful land of Punjab – their amazing stage presence and sense of performance helped them to go through the elimination round without any fear.

The next band, Kashmir, chose to perform on EP’s Hamesha and among all the band members Madlock got judges’ maximum attention with his distinct look and great stage presence.

The Karachi-based local band, Shajr also left a mark on judges with their spellbinding rendition of Ya Ali of Meekal Hasan Band. Meesha Shafi loved their female vocalist performance – she found her vocals classically trained and perfect for a background singing but she suggested her to be more experimental in approach.

Aura’s cohesive sound and well-jammed session won them accolade but the band that stole judges’ hearts was OB Positive – their beautiful rendition of Vital Sign’s ‘Aitebar’ was simply mind-blowing.

The audition round hasn’t over yet and we are looking forward to next episode to see some more amazing performances.