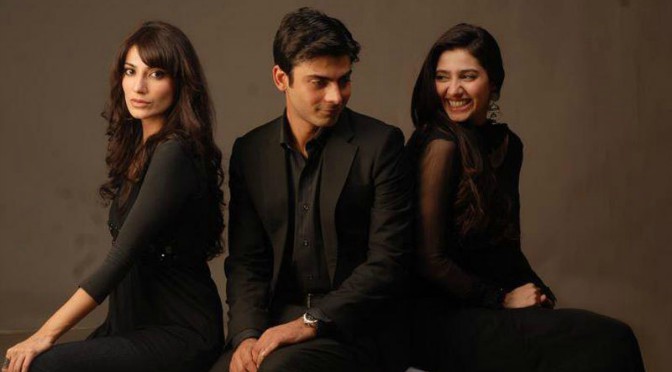 Have you ever thought that what do ‘Humsafar’, ‘Dil-e-Muztar’, ‘Daagh’, ‘Meri Zaat Zara Hai Beenishan’ and ‘Kankar’ have in common, apart from mesmerizing performances and great storylines? Well, all of them have spellbinding original sound tracks (OSTs) which are still fresh in viewers’ minds and have left powerful impact with melodious vocals that go well with stories.

If you are an ardent television viewer just like me then you may agree that title tracks have become a vital part of not only dramas but in our real lives too – sometimes the lyrics and vocals inspire us so much that we don’t hesitate to opt for its ringtone and even included it as the top song on our playlist.

Hum TV recently aired plays ‘Alvida’ and ‘Sadqae Tmhare’ are also getting rave reviews for the enchanting title tracks which helped in creating the right mood for drama – but while these OSTs have become serial identity the singers haven’t got due recognition for the work.

“It is very unfortunate that our drama makers focus only on the actors in the promotion of their serials and ignore singers,” said Daagh vocalist Alycia Dias.

Making a singing debut from Hum TV’s ‘Dil-e-Muztar’ Dias has lend her voice for several hit plays including ‘Daagh’, ‘Chup Raho’, ‘Kankar’, ‘Nanhi’, ‘ARY Digital morning show’ and ‘MasterChef Pakistan’. With such big projects at her credit she is still not a renowned name for public – and according to her one of the reasons behind it is manipulated marketing strategy of drama makers.

“If drama OST video also features singer along with actors it would help us get prominence in people. You will be surprised to know that my Dil-e-Muztar song won best original sound track award at HUM event but I wasn’t even invited at the show – and if I call it a sheer lack of professionalism then what’s wrong in it.”

Even in monetary terms OST singers don’t get much benefits – a beginner earns a petty amount of Rs5000 per song and their major earnings are mostly coming in from concerts and shows which of course have lessen with time owing to the bad law and order situation of the metropolis.

But all is not bad in OST music industry. In fact many aspiring singers have got their big break through drama title tracks. The success of ‘Woh Humsafar tha’ has given an instant fame to singer Quratulain Balouch – the song beats all other tracks on the music charts and has been viewed more than 150k on YouTube whereas got thousands of likes on Facebook and Dailymotion.

Sara Raza Khan, Nabeel Shaukat Ali, Nida Arab, Sohail Haider, Sahir Ali Bagga and Hina Nasurallah all have made their name in the music industry by singing fascinating soundtracks for dramas. By singing on television our artists have certainly got a great platform to show off their skills – especially because our film industry is in developing stage and provides limited chances to the aspiring singers to grow.

But do OSTs adds any value to drama?

Well according to iDreams Entertainment producer Abdullah Seja it helps to break or make your product.

“OST comes out before the play giving audience a first look of your work and if it clicks then it becomes a lot easier to grab viewers attention,” he said.

Seja further added that other than promoting raw talent of the underground music bands producers generally try to bring those singers on board who already have good liking among public.

“I won’t say that the trend of having music in dramas has just been introduced – it has been there since ages. Music always adds value to the story either in the form of background score or a solo number.”

Well, drama producers consider OST an important aspect of drama promotion distinguished music composer and singer Waqar Ali is not happy with the involvement of many untrained musicians in this field.

“It appears that every Tom, Dick and Harry has donned a musician hat. They even don’t know the ABC of music and calls themselves the trained masters,” said the musician who has given a break to many aspiring singers.

He also added that only a handful of people are being doing good working these days and it included Sahir Ali Bagga, Shallum, Wajid and Shuja.

Ali believes that more trained singers, lyricists and composers are needed to take the industry forward.

Reminiscing the old times Ali said that late 80s and 90s were considered as a blooming era for music in Pakistan when several pop bands including Nazia-Zoheb Hassan, Vital Sign, Junoon and Strings were emerged on the scene and it appeared that soon we would all turned into a great music fraternity. But unfortunately it didn’t happen.

“I think OSTs can help sustain the music industry but it needs more trained people and financial support to turn it into a flourishing industry,” Ali said in the end.