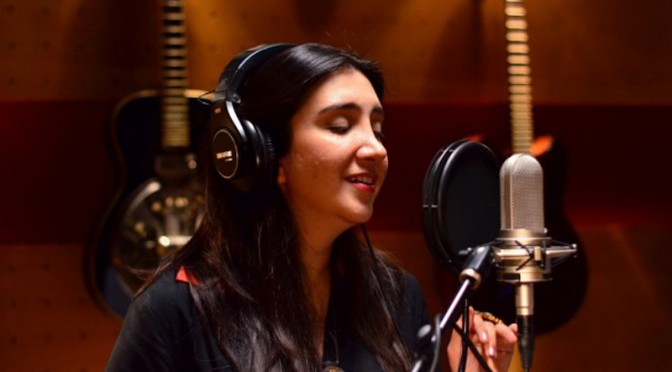 In times when Pakistani music scene grows stagnant due to limited work prospects, the film revival has served as a stepping stone for young musicians to regain their lost glory.

A handful of composers, who were striving hard to leave the mark, have finally got an avenue to show off their skills.

A quick survey of last two years of filmi dunya indicates that Sahir Ali Bagga and Shani & Kami omnipresent composers making music not only for every other movie but arranging compositions for original sound track (OST) of drama serials.

On the the flip side, the pop industry – once surviving on corporate sponsorships and concert sales has deteriorated. Music channels and VJ culture are a thing of the past. It was only the melodious session of Coke Studio which keeps on injecting a new life to a dead scene every once in a while.

But now it appears that may all change. As one revival breathes life in to another pop musicians and singers including Ali Noor, Uzair Jaswal , Shiraz Uppal, Zeb Bangash and Waqar Ali have decided to plunge into film music.

Yasir Jaswal’s recently released thriller ‘Jalaibee’ has music composed by brother Uzair Jaswal. The film features nine tracks by various artists including Qayaas, Uzair Jaswal and Humaira Arshad, only one of them was a ‘performance song’ while others were used as a background score.

After contributing to the stunning Alia Bhatt’s ‘Highway’ Bangash is all set to for Mahira Khan’s starrer ‘Ho Mann Jahan’.

The man with a mystical voice has been creating waves with pop music for a decade but now he ventures into feature films too and will compose music for ‘Raja Natwarlal’ actress Humaima Malick’s upcoming rom-com ‘Dekh Magar Pyar Se’. He has also composed songs for ‘Jalaibee’, theatre plays ‘Pawnay 14 August’ and ‘Sawa 14 August’ and is a music director for upcoming film, ‘Kaptaan’.

‘Mera Naam Hai Mohabbat’ fame singer Waqar Ali after composing music for two Pakistani movies ‘Aik Aur Love Story’ in 1998 and ‘Love Mein Ghum’ in 2011 he took a long hiatus from cinema and is once again ready to experiment with film music. He has given sound to Yasir Nawaz’s upcoming film ‘Wrong Number’.

The man behind the successful Sounds of Kolachi, ‘Cornetto Music Icon’ has also jumped into film music direction and has composed nine tracks for upcoming romantic movie ‘Meri Jaan’ and has contributed to the highly anticipated soundtrack created by Strings for Jami’s Moor.

After a successful filmi career in India the talanted Ali Zafar is planning to return to Pakistan. He has announced Deosai which is set in Northern Pakistan. He has only sang twice for Pakistani films: Love Mein Ghum ans Shararat. Meanwhile he has sang for seven films including his own Total Siyapaa and London Paris New York.