A day on the sets of Sahir Lodhi’s ISHQRamazan 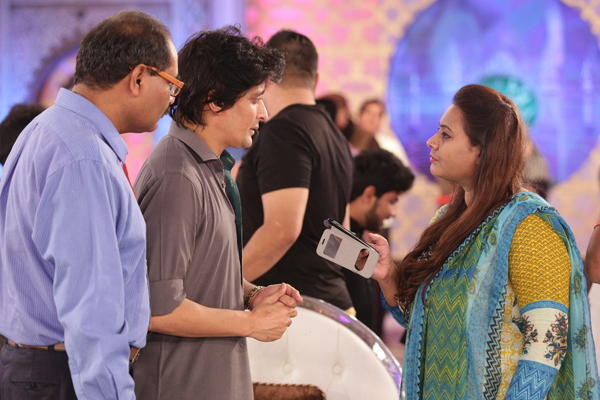 The 24 hours long extravaganza live shows have become a staple of our Ramadan transmission luring the audience with prize distribution segments and free give-away.

Gone are the days when the spiritual month was synonymous with spiritual transmission airing documentaries about Islamic history and informative quiz programs educating them about religion. But among all these pretentious Ramadan shows, TV One’s ISHQRamazan has carved a niche with its engaging and interesting format.

I recently got a chance to visit the sets of ISHQRamazan – and it was a memorable experience as I got to see the highest level of spirituality with some great example of humanity on the show.

A magnificent set of ISHQRamazan has been built in the Union Club with a capacity of accommodating more than 500 people. A small setup has been arranged back stage where people work round-the-clock for the smooth run of transmission. 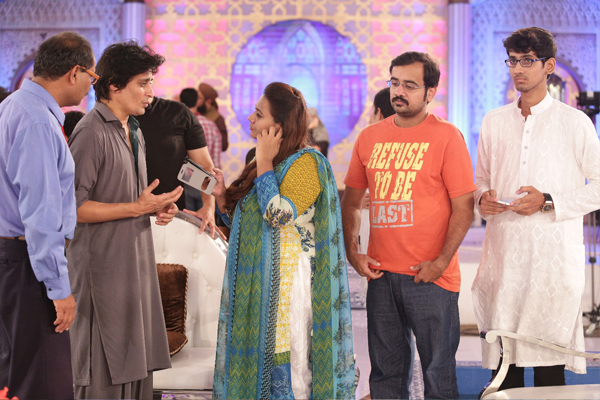 As I entered the set, I saw a crowd of people gathered in the center of the stage. In curiosity, I went straight to that place and was surprised to see Sahir Lodhi sitting there with his fans surrounding his chair. Without any air in attitude, he was humbly responding to their queries.  I found the behavior strange because we have not been accustomed to see our stars (especially Ramadan show hosts) dealing with fans with such generosity.

When I asked Sahir about it he replied with a charismatic smile on his face, “They are the ones who made me star I can’t be rude to them.” 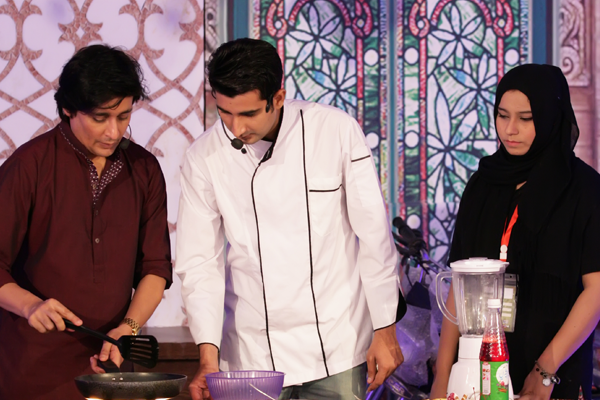 It’s the quality of Sahir Lodhi’s show that he never humiliate his audience rather gives them a fair chance to win maximum prizes.

The show is comprised of interesting segments – special dua by Maualana Bashir Farooqui, Q/A session with Allama Kokab Noorani, Roza Kushai and a scrumptious cooking segment. The most popular segment of the show is Dard-e-Ishq which is meant to help needy and deserving people. 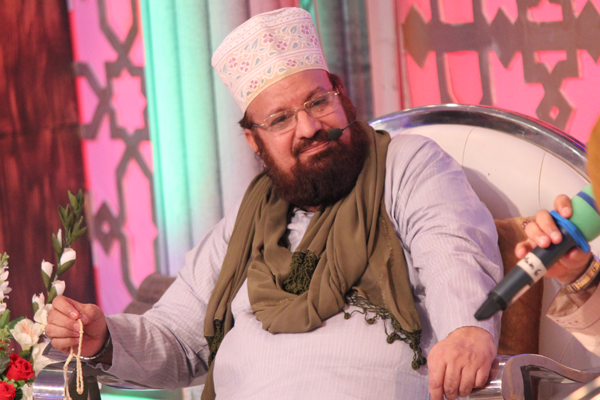 A grand and delicious Dastarkhawan has been decorated in iftar serving to more than 500 people. After which Sahir Lodhi hosts Inam Ghar giving away prizes and gifts to audience after participating in fascinating games.

Once the show is over, the host Sahir Lodhi rushed to his dressing room where a long queue of people awaits him. He listens to their queries and tries to help them by recommending to relevant people and organizations.

One of the crew members told us about it at length. “Sahir Bhai is a gem of a man – he not only help people on screen but once the camera shuts down he meets them here and listens to their queries and tries to rectify it. We calls his room, OPD, as here everyone problems get solved,” he said.