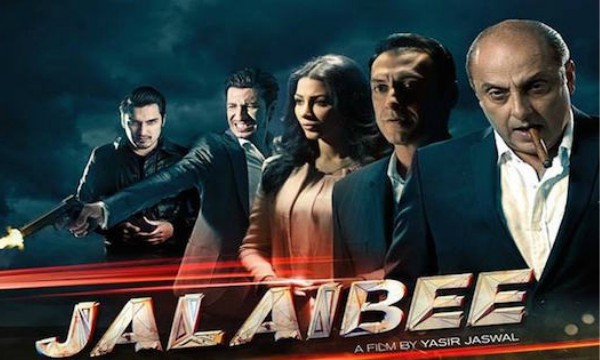 Mark the date on your calendar as Yasir Jaswal action-caper Jalaibee is finally air on television.

Yes, this Saturday night is going to be extra special with action thriller Jalaibee hitting our small screen. The director of the film made this big announcement in the Instagram post a few minutes ago.

Although the film received a mix reviews on box office with an impressive collection of around Rs 10 crore but it gained great attention due to its stellar cast and latest techniques.

It was the first Pakistani film to be shot with Arri Alexa camera and also featured the antique Ford Mustang 73. Shot in Islamabad, Lahore, and Karachi the film was about the intertwined stories of numerous relatable characters who are all struggling with their problems, and who somehow connect on a unifying level.

To know how these characters come out of unwanted trap watch the film on ARY Digital at 9:00 pm on February 6.