Miss DramaticSpice up your life with showbiz tadka.
Home Interview Nothing wrong in having favorites in the industry: Sarmad Khoosat
Interview

Nothing wrong in having favorites in the industry: Sarmad Khoosat 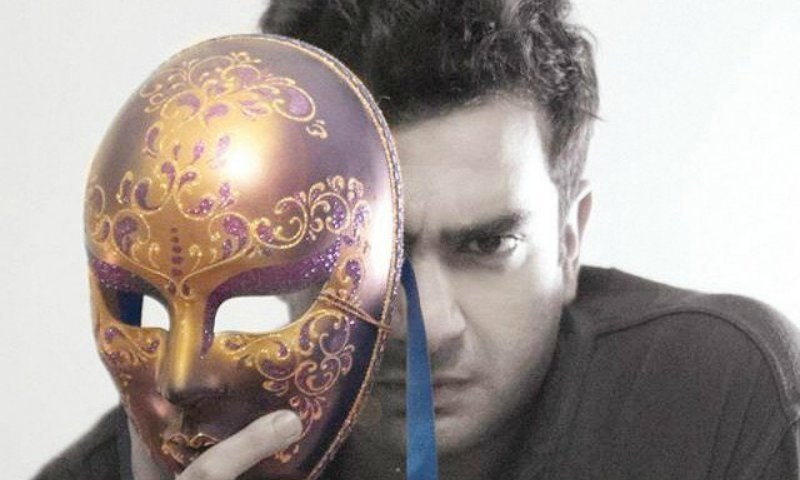 I always knew him as the bechara Cheeko of ‘Shashlik,‘ who went to any length to lure his cousin Mishi. However, upon entering Geo Films’ office last Friday, little did I know that my impression about who I considered a non-serious guy with immature approach towards life- Sarmad Khoosat- would change forever.

The real Khoosat, unlike how we have become accustomed to seeing him on screen, is surprisingly sober, talented, and artistic; whose mantra in life is striving for perfection.

Khoosat’s current venture is a biopic on the literary genius Sadat Hassan Manto, in which he himself will be seen portraying Manto. Since the film is slated for a September 11th release, I thought it would be interesting to have an exclusive tete-a-tete with the actor/director.

The excerpts of the interview are as follows

There was a time when talking about Sadat Hasan Manto was considered a taboo, but in the past few years his work has suddenly started appealing literary circles; why so?

I wouldn’t say that there has been a sudden interest in Manto. I think as a nation, or a collective body of people, we have moods and our likes and dislikes, vary from era to era or sometimes even from day to day.

With Manto there was always a lot of controversy and a large degree of sensations attached. There was a time when he was hated and criticized and even disowned by everyone, but at the same time he was very popular.

There was a common perception that Manto wrote for certain class of readers and the kind of literature he produced was accessible to a certain IQ. However, in reality he actually wrote for common people – the masses. He used to pick up stories off the street and write about people who were sort of marginalized but were very common and didn’t belong to the bubble of society which was alien to people.

So I think it’s not sudden really but now we are in a mood where with all of this globalization happening and with rejuvenation of book reading culture that people want to be friends with literature. I mean, check out the number of literature festivals that have been happening for the past few years.

And it’s not just me who woke up one morning and thought that it would be so cool to make something on Sadat Hasan Manto. In fact, there has been overall change in the society where we all are trying to find whatever is ours and own it too including our indigenous literary culture.

Since you are portraying Manto on-screen, do you feel connected to this legendary man on a personal level?

I have never met Manto. Like almost everyone else, I too only knew him through his work. It is indeed the beauty of great art – be it is poetry, prose or painting, that you instantly develop a bond with it.

As far as Manto is considered, I do believe that there has been a bond. If I don’t sound too provincial then to begin with we both are from Punjab and possess a love for the vivacious and buzzing street life of Lahore.

Other than that, I always liked to read his writing. As I was a kind of a kid who liked to live in his own fantasy world and was hardly ever interested in knowing what other kids were doing, I started feeling attached to Manto’s writings very early in life. And of course, I also read Manto for all the wrong reasons at a very tender age.

The kind of language he used in his writing is very colloquial. He used to speak Punjabi as Urdu. At one point, he himself talked about his own writing saying, “Magar Urdu to mujhe abhi bhi likhni nahi aati”. This is something people used to make fun of and pinpoint stating that he was basically a Punjabi speaking man writing in Urdu who could neither speak a full correct sentence in Urdu nor write a full correct sentence in Punjabi.

Same is the case with me actually. My parents are Punjabi, but we never spoke it at home and I think I can write a little bit in Urdu. So there is a certain mix of things which makes me have this grand delusion that Manto Sahab and I have a few similarities.

Coming back to your movie once again, we noticed the cast primarily consists of people you have worked with umpteen times. Is there a special reason behind the choice of the selective cast?

We are generally too harsh on this business of film and showbiz. Honestly speaking, there is nothing wrong in having a bunch of favorite people on board for a project. When a surgeon is working on a complicated case he would like to have his best people around him and nobody objects to it. Likewise, I also believe that if given a choice, a director should always work with his favorite people time and again.

I agree that I have favorites in the industry, but that was never a hindrance in working with new people as I have done that too. There have been projects where I have worked with first time actors. However, since I have been really passionate about Manto, I really wanted to have those people on board who have helped me in my journey so far – beginning with Sania Saeed, Nimra Bucha, Nadia Afghan, and Mahira Khan. I don’t know whether this analogy really works or not. I just want my best people to be on my side for such a special project.

In fact, it was my personal choice to cast my Abba in the film. He was busy with a few projects so we had to wait for him to complete those first.

Among the multi-star cast, whose work did you like the most and why?

The format of Manto is quite unique and unprecedented. I don’t want to sound too diplomatic but everybody has been really generous and graceful about whatever character they have been approached for. Nobody objected about the screen time and content. They were just excited about being part of this Manto world. They didn’t even care about how much money they would get out of it.

Although in the film, the closet connection I have in the plot is with Sania Saeed (Mrs. Manto) and Nimra Bucha (Manto’s alter ego), but all other characters are equally close to my heart.

You have stated that Manto is a two fold project, with both film and drama series being made; how do you think the audience will react?

Well, when it comes to media at present, everything has been revolutionized, reinvented, deconstructed, and constructed to such a great extent that those lines dividing the two medium have gone. In the past few years television has changed a lot and sometimes looks better and bigger than cinema. On the other hand, films look homely and small. So, I don’t believe in this bifurcation. I think if a story is well told and gives away its message in a convincing way, then it doesn’t matter what length or medium it has.

I believe that anything related to Sadat Hassan Manto is larger than life and it is so big in its existence that if that is not cinematic, that I don’t think anything else is either.

The recently released trailer of Manto presents it as an artistic film with relatively less focus on commercial factors like dance and songs. Will audience come to see a project which is low on entertainment?

Unfortunately, in our part of world, we have narrowed down this whole idea of entertainment and we seriously need to broaden our horizons. For example, if somebody is serious minded and for them watching a sober film is fun, then how can we cut it off as not being entertaining? Everybody doesn’t like funny movies or having songs and dance.

For me the film is entertaining if it has a tight and crisp story line, and which conveys its message convincingly – and Manto, I believe, has it all.

What are some of the challenges that you faced while making Manto?

When the script was handed over to me and I had my first meeting with Shahid Nadeem, I knew it was going to be different from our run-of-the-mill movies. This is not something people would digest very easily. It was indeed a big challenge to pick up written words and translate into audio visual construct.

The people I chose for my project are generally associated with what may we call as soft television. For me, Mahira Khan and Manto is a very interesting yet wacky combo. Viewers usually associate her with ‘Humsafar‘ and here in this film she plays two special characters. But the challenge becomes more delightful when artists like her show interest in doing a project which many people would think as risky, edgy, or even marginal.

When I took up this project I wasn’t afraid of anything. All I was thinking about was how well we could deliver it by making it interesting without compromising on the spirit of Manto Sahab.

My fear was that this product, in its integrity, should make sense. Manto Saheb has been labelled as bold and sometimes vulgar throughout his life. Through this film we haven’t tried to cash on any sensations, rather everything has been done very responsibly.

Will it be difficult, you think, to get it through the censor board?

Manto Sahab has been censored all his life. That was exactly what his main fight was. He meandered his way through this whole animosity of not only of readers, but all the publishers and his contemporaries. He used to be owned and disowned by literary circles habitually. But the legendary man lived on and in fact got energy from it. So I am not worried about the censors at all. When I picked the script, I knew we are in for an arduous ride and not in for a comfortable soap opera journey.

Manto has been quite the satisfying and consuming project and has kept me busy for more than two years. Besides, I have also been filming another television series ‘Moor Mahal,‘ which is a period play and we will be done with it soon hopefully.