Miss DramaticSpice up your life with showbiz tadka.
Home Interview Shaista Lodhi all set to reclaim her foothold in the industry
Interview

Shaista Lodhi all set to reclaim her foothold in the industry 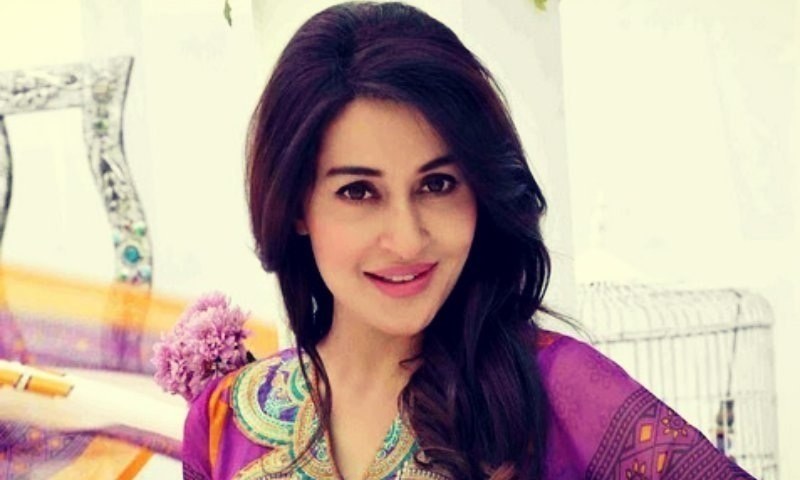 It was certainly not my first interaction with Shaista Lodhi as I had interviewed her earlier too, during her heydays. However, it was only the recent meeting with the once morning show queen which made me feel like time has surely made the svelte star learn some valuable lessons.

Having been embroiled in the infamous qawwali controversy, alienated, and hounded by press, Lodhi successfully survived hard times. She has endured the real life challenges and has been lucky enough to find her inner strength. Despite the continuous nagging from everywhere, the host remains positive in her outlook.

It was a pleasant surprise watching her shining on the small screen with a special appearance on Faisal Qureshi’s game show during the holy month of Ramadan. Her brief yet dhamakedar appearance also served as a hint for all her doting fans that she has found a new home in the form of Hum Network after going through a rough patch.

I too was quick in reaching out to my sources in Hum Network to arrange an exclusive with the pretty host and when it finally happened, I made sure I made it on time.

The former ‘Utho Jago Pakistan‘ host welcomed us in her new office. Clad in an off-white kurta with her long tresses loosely flowing down her shoulders, she looked very casual.

“It was a testing time which taught me to recognize the real faces of people,” she said in an exclusive rendezvous with HIP.

Lodhi was riding high in her career when she came under fire after she held a controversial ‘shadi’ on her morning show and played a qawwali deemed to be blasphemous. The fiasco turned out be detrimental to Lodhi’s career owing to which she had to flee the country.

Media alienated her and the particular channel’s higher ups refused to pay off her rightful dues. But going by the popular saying ‘good times will return’, the host has once again been provided the golden opportunity of rising high in her professional life.

While Lodhi readies herself for her comeback on television with a morning show, she discloses that she has learned to count her blessings and pay heed to nothing else.

Also read: Over the moon about Hollywood premiere: Ayesha Omer

“Time has let me understand that one doesn’t need to rely on any channel or any individual to move ahead in their life. Today, if I am dependent on anybody, it is just Allah. He has the power to turn things upside down and fix it as well, and that too in a fraction of a second”

On hosting a morning show again,

A couple of years ago Lodhi in an interview had told me that the morning show trend would soon fade away. However, contradicting her statement, she is again taking a big leap with a similar program, and being an inquisitive person I wanted to find out the reason behind it.

“Yes, I still remember it and even today I stand by my words. It’s human nature that monotony doesn’t appeal to us whether it’s a television show or any other thing in our life – and unfortunately our morning shows have also become a victim of it. If we don’t change it, then people will get fed up and stop watching it. So, in my new morning show I make sure such a thing doesn’t happen”

Lodhi stressed that she will try to return to basics with her new show – taking inspirations from yesteryear morning transmission.

“Earlier, because of ratings and other reasons we had to incorporate a lot of different things into our morning show which had never been seen before. But now we have eased ourselves from any such limitations and will try to return to basics”

Falling from stardom and spontaneously facing hardships in married life, the past one was really tough one for Lodhi, but she believes it was all a blessing in disguise as it was these difficult situations only that helped her gain wisdom in life.

Lodhi further added that the tough times have also made her grow more attached to her family. She thinks that because of our strenuous schedule, we miss out on some very precious people who truly love and care for us. We strive to find happiness in materialistic things without realizing that it’s our relationships that are our actual assets.

On being a woman and motherhood,

After overcoming some big problems in her life, Lodhi has truly emerged as a strong woman but deep inside she still considers herself a weak mom.

“When it comes to my kids, I can’t stop behaving like a weak person who takes ages to make even a smallest decision for their children. It took me days to finalize blinds for my son’s room – and it happens because I care for them and don’t want to hurt them in any way”

On entering a new phase in life

After a troubled relationship, Lodhi re-tied the knot with her South Africa based cousin Adnan Lodhi, in a low key affair last month – and the host is completely enjoying this new chapter of her life.

“I belong to a family where elders take decision for us and I truly feel proud about it. My father and uncle found Adnan as the best suitor for me and since I have complete faith in them I respected their decision. Jahan woh comfortable wahan main comfortable”