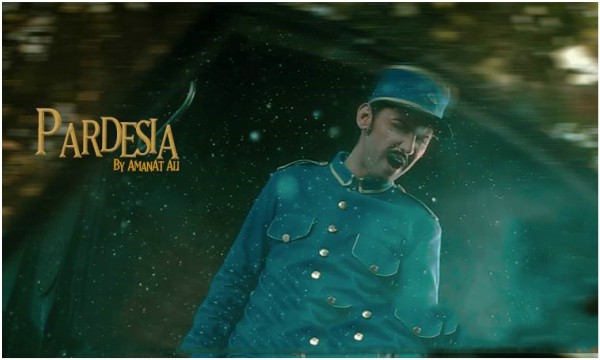 Internationally famed singer Amanat Ali has brought another applaud for the nation as his new song, Pardesia, has been nominated as the Best Music Video in Pakistan for The Big Apple Music Awards (BAMA) 2016.

The song was released in Dec 2015 and within a few months, it managed to grab international fame with its wonderful composition and great vocals. Check out the song!

It is a soothing number with meaningful lyrics sitting the strings in your heart. Once tuned in, its grow on you making it difficult to get out of its magical spell.