Miss DramaticSpice up your life with showbiz tadka.
Home Drama Reviews ‘Sabse Muskhil Shadi’ is about rising above egos and staying true to...
Drama Reviews 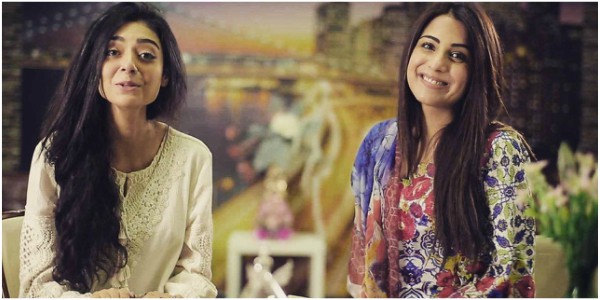 Do you know what happens when human egos come in the way of friendship?

Urdu 1’s upcoming telefilm, Sabse Muskhil Shadi is all about clash of human egos and loyalty towards ‘suchi dosti.’

The beautiful script has been written by Syed Zain Raza, directed by Furqan T. Siddiqui and produced by Kanwal Wali and Huma Furqan

Ushna Shah and Noor Khan play best friends in drama and the problem starts when they decide to get married on the same day. “The story is about how two friends who have completely different personalities go head to head when they surrender to their egos during their wedding preparations,” the writer told us in exclusive rendezvous.

He also added that after facing tough times in friendship, Maria and Sonia personalities have undergone huge transformations.

“It’s how both the characters go through transformations during their fight and learn from each other. The shy and reserve Maria turns into a confident girl whereas outspoken Sonia learns an important lesson to make compromises in life,” Zain Raza added. A few pictures of the drama have already been out on social media and they look quite interesting. The light rom-com drama is expected to be different than the run-of-the-mill scripts.